I have a jump I attempt every time I do leaping shoots, but it’s really hard for me to pull off. Perhaps if I were actually graceful in any way it would not be, but as many of my previous outtakes posts have proven, I am not. I have tricks I use to appear balletic in jump shots, but there is no way to actually trick your body into possessing skills it does not have – and I am one seriously clumsy person. Seriously. I am one of those people who bangs her shoulder into a doorjamb at least once a week.

My most-used trick is posing my body exactly as I want it to be in the shot, then only jumping up as much as needed so all body parts are in the right place; it’s not like I go leaping around the room or anything else people might imagine is happening. The biggest problem is my hands, which constantly go wonky at the last second; feet would be the second biggest problem for the same reason. So, right before I click my remote and toss it aside, I will literally pose everything – expression, arms, hands, and to the extent possible, clothing (by lightly holding onto the skirt or whatever it is that might be flowy, then letting go just as the shutter clicks)in exactly the position I want them to be in the photo, and try to snap the legs and feet into position as soon as I launch. You would think, when looking at the end results, that I was prancing about while taking these shots, but no. I’m standing stock still, with a frozen expression on my face, holding onto my skirt and trying to leap while keep my already-pointed feet, well, pointed. It’s flat-out weird to watch, and also boring, I would imagine.

Anyway, the few times I’ve pulled this jump I call the ‘horseshoe’ off, I think it looks really spectacular, like I’ve been projected backwards or something. It’s hard for me to use my body so it appears I’m being tossed around, but still look somewhat fluid, but every once in a while it works. Like this one, which a friend of mine is going to use on the cover of her book of poetry when it publishes: 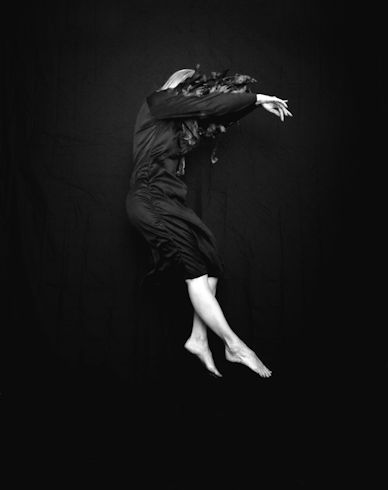 In looking back over my photos, I can only find one other time I pulled this jump off without looking crazy, which is pretty amazing since I try to do one of these every time I shoot leaping photos. Most of the time, though I end up looking something like this: 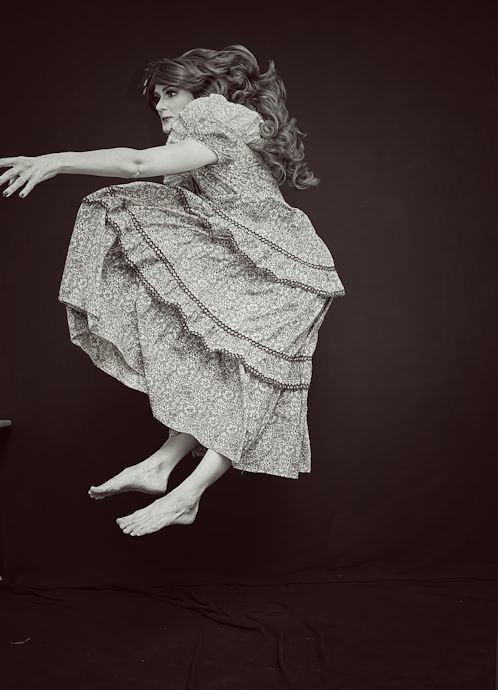 My other good horseshoe jump, I managed to create during my last big leaping shoot, which I just realized was over a month ago! I don’t think I’ve gone this long without taking studio shots since I started taking photos three years ago. I really miss it, but a serious of random things have kept me from shooting. First I sliced my foot on a shower drain (long story), and while the cut was not deep, it was a big one, and was right on the ball of my foot which made it really hard to get it to heal. So that put me out of commission for two weeks. Right after that, I got hit with the bronchitis/sinus infection that layed me flat for another weekend, and then last weekend was playing catch-up from doing nothing the weekend before, as well as helping two good friends celebrate their birthdays. So. I am seriously hoping nothing goes awry this weekend to get in the way again, because I am bored of looking at the same old photos (even though I still haven’t shared loads of stuff I processed from previous shoots, I’m already bored with all of them anyway) and I sure do miss getting into costume and leaping about. I am seriously ready to shoot again, dammit.

So in closing, here’s my other horseshoe – who knows, maybe I’ll get a third one some time this coming Saturday. 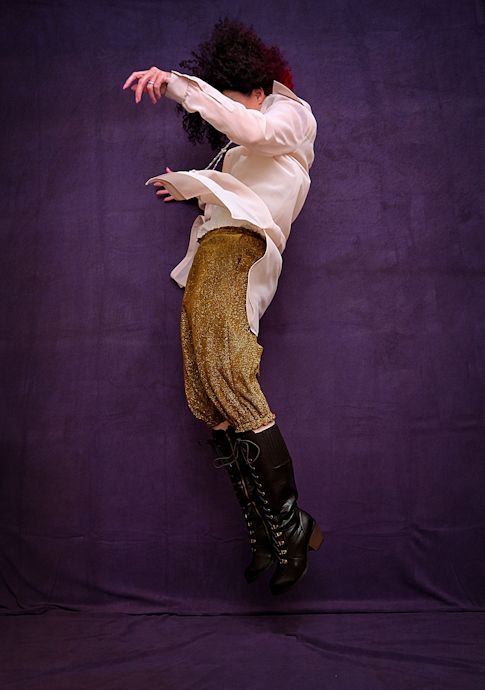 6 thoughts on “The horseshoe”