I may be the only person in the world interested in this, but it’s my blog so I’m going to go on about my 85mm lens again. Round two!

Today I decided to take it outside and see what I could do with it on full-length shots, since I only ever used it before for portraits. The focus on this lens is very tight, which makes it much more difficult to use with myself as the subject and a remote; even when using zone focus it really doesn’t do well with re-positioning a shot. This means a LOT of out of focus shots came out of it, but I wasn’t in costume (although I did throw a wig on for better hair movement) and it was cool outside, so I didn’t mind taking a lot of shots. Also, of course, I had to set the tripod so far away from me due to the zoom on the lens that I couldn’t hear the timer very well. Anyway, I tested out some jumping with the 85mm, and, being me, I had to also take some with my 17-40mm so I could compare the two.

I enjoy learning about these things and get excited by the process of figuring it all out, but I only learn by doing and following my instincts; my technical side is zero, which I think is pretty obvious. My dear husband, who has a very technical mind, will sometimes make it his duty to explain to me why something is happening with my camera, and he got very involved today in trying to force me to understand the math and measurement involved that creates the different look between the two lenses. It is always lost on me. I’ve tried to explain to him that I am math dyslexic, that numbers hold no value for me, and that talking to me about numbers in any way is like dropping sugar cubes into water – numbers literally dissolve in my brain – but he still refuses to accept it. Ah well.

Yes, those are my fabulous new gold Ugg boots. And please click the pic for a better look at the two – clarity isn’t great when embedded into the blog post.

What I love about the 85mm shot is how much more depth the photo has – it’s more dimensional than the one on the right, the background is softer, and it’s just prettier. In comparison, the photo taken with the 17-40mm is a bit flat and one-dimensional. Again, I’m not sure how much this matters when taking my studio shots, as the background is blank so there’s not much to look at except for the subject, but as there’s no way I could take a full-length shot with the 85mm in my tiny little studio/office anyway, even if it did make a big difference it wouldn’t be happening.

And here’s a non-jumping shot; most of the jump shots with the 85mm were out of focus due to the difficulties mentioned earlier, but I was able to get most of the still shots in decent focus by aiming the focal point at a particular spot on the plant behind me, then making sure to stand right in front of it. Not something I need to worry about too much with the 17-40mm as it has a much wider focus range and can catch me pretty much wherever I end up. 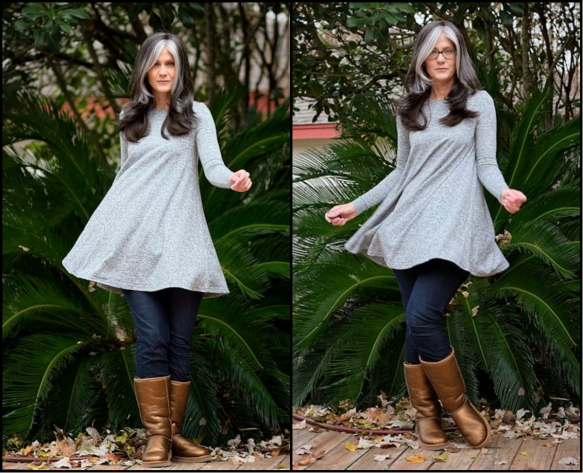 OK, so I wasn’t standing completely still, what did you expect

Obviously I lose clarity with the 85mm, but the depth of field, and the richer color, is just yummy. Again, nothing wrong at all with the 17-40mm shot on the right, but when matched up against the 85mm it’s a little flat.

This is probably obvious stuff to real photographers, but it’s fairly new to me; although I was aware of the wonderful DoF with the 85mm, I’d simply forgotten what pretty shots it takes since falling in love with the 17-40mm, and I never played around with it much before when I did use it. I am learning everything as I go, which may be the slow way to gain knowledge, but it is a fun adventure for me – silly laborious process or no.

I’m looking forward to playing around with the lens some more soon, hopefully tomorrow. I have all these new ModCloth clothes I want to try on and photograph so I can share them on their site; maybe I can get outside to use the 85mm again when I do that. That means I’ve got to do things like pay attention to the light and weather outside tomorrow, though, so more unusual issues for me to consider.

In closing here’s a few more 85mm shots I took to share over at ModCloth – I turned these into a collage also but I’ll post them in their entirety for you (as always, you’re welcome). The tunic is one of my new purchases; it fits weird but it wasn’t worth the trouble to return it, so I made it work (VERY small in the chest and arms, then big and loose everywhere else; kind of odd). 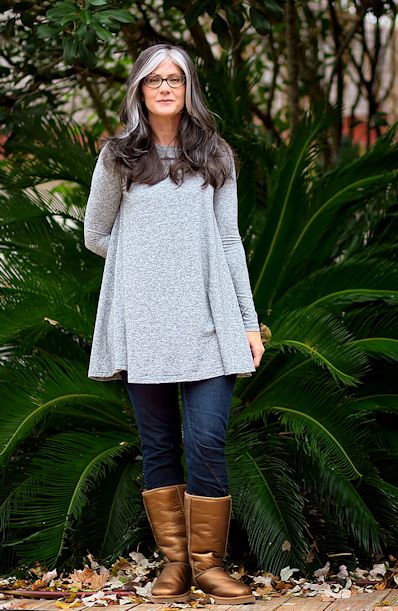 8 thoughts on “Clothes and photos”