As I mentioned in my last post, my foul mood over losing out on plane spotting this weekend was partly alleviated by getting dressed up a bit and taking some photos in my little studio. Always good for getting me out of a funk.

I didn’t bother with too much studio makeup, just put on enough to make my features stand out in the photographs as I was in a hurry and also wanted to snap a few pics of a new wig for a blog review over on RLW. Here’s one quick wig snap, since I took them at the same time:

Can you believe that thing was $230? What a mess! Not that I paid that much for it, but still. It’s pretty awful. However, my Photoshop skin-smoothing skills are getting pretty awesome – check out a little B & L: 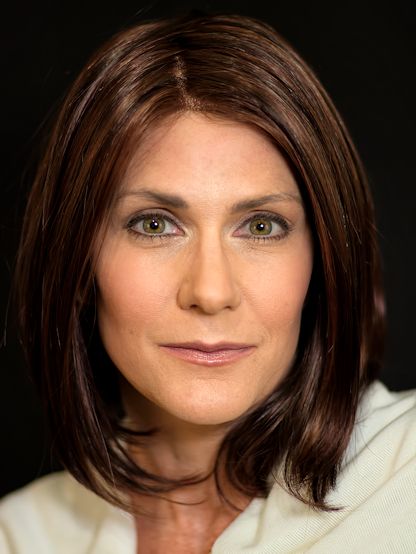 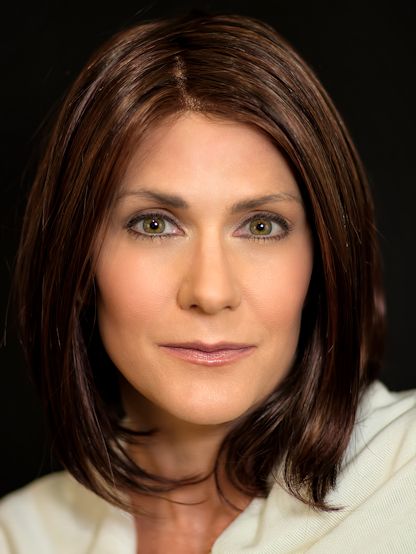 Still me, just a little better. And it didn’t take me all day to do this, and I didn’t have to go view the video tutorials a thousand times to pull it off, so yay for that. And now on to the jumping, which also involved a little photo editing magic:

This one, I think, is the best I’ve edited so far – mostly because I got the technique down by the third photo and didn’t feel like going back and re-editing the first two. I was actually standing on a wicker ottoman here that I covered with a black blanket, but I also took a background shot of the black backdrop and then pasted this photo over that background as a layer, and then erased the stool. I think this photo is the most crisp and clear, and in spite of the fact that I pretty much hate that wig (it’s the new one from the portrait posted above) it moved well and looked good for the photos. Doesn’t make it worth $230, but still.

I edited this one using the same basic technique, but here I used the photo of me on the stool as the background, and made the photo of just the black backdrop the layer I pasted over it – I don’t think this worked quite as well:

It’s not bad, and it could be that the movement of the first photo is what makes it more effective, as it really looks like I’m doing some sort of weird squat-jump in that one while here it’s more obvious I was standing on something that got edited out. But working this way, rather than trying to cut myself out of one photo and paste myself onto the backdrop shot, eliminated at least some of the issues I was having before with shadows, and I didn’t have to totally re-create them this time. Also, this black backdrop creates one hell of a vignetting problem when editing and I’m not sure why that is; I feel fairly certain no one else cares about the little color rings that form around the edges but me, but it bugs me to no end and always has. Not sure what to do about it, although for jumping pic #1 I did figure out to go into Pixlr and use one of their “smoke” borders to conceal it a bit.

Also, that dress, which I’ve had for a couple of years now, is amazing for jumping and movement photography! It’s been hanging in my costume closet all this time, and although I’ve used it twice already, it’s been a long time since I’ve put it on, and I hadn’t thought of using it again until recently – my parents have rented a beach house for this coming weekend, and I am going down there Saturday, so I’ve been thinking about bringing this dress to use for some shots on the beach (either myself wearing it or someone else). When I decided at the last minute to take some movement photos, I guess that’s why it sprung to mind, and I’m glad it did, because it reminded me how great this thing moves. And to think I bought it at some fairly cheap clothing store while wandering around aimlessly, waiting for my nail appointment to begin – I bet it was $40 max if it was a dime. The only thing I don’t like about it is that it has one of those awful skirt linings that only comes to mid-thigh, making the rest of the full-length skirt transparent (God how I LOATHE this whole maxi-skirt-lined-only-to-the-thigh trend and want it to DIE already) which is really distracting in photos. So, I had to put on full-length black tights to conceal the lining a little, otherwise my legs would have shown through the skirt. Last one for now: 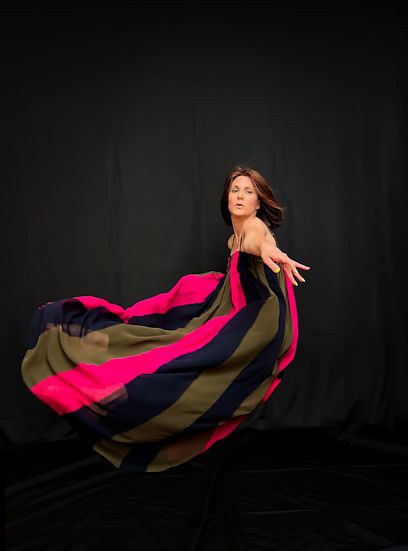 My issue with this one is that the lighting and focus were off, and the subject doesn’t look as well-lit and defined as the other two. But that dress! It created such an amazing shape, I just had to process it. I actually went ahead and created a Pixler version too, and I’m not sure which one I like better. Perhaps you could view them both and then let me know:

I was trying to detract from the fact that my face isn’t in good focus and came out kind of flat; but I’ve lost the attention-getting color aspect of the material, so I don’t know if this one is better or not. I’m now leaning towards the color one. Let me know what you think in the comments below!

More to come from this set, did some for-real jumping and may process one or two more levitation ones. And no, I haven’t forgotten about the aviation history museum photos, although at this point when I finally do upload them they’ll be anti-climactic.