Partly to help my right arm heal, and partly to avoid burnout, I am learning to work differently with my photos – especially my self-portraits. Not that I won’t still occasionally go all-out, but I need to avoid the belief that I must go through so much rigmarole each time to shoot them, and that if I don’t have an entire day to devote to makeup and set-up and costume construction then I shouldn’t bother, which is where my head gets stuck if I let it. I also need to calm down thinking I need to a) take 500 shots when in reality, I’m maybe going to process 5 to 10 of them; and b) edit shots obsessively at the end of a shoot until my arm is screaming at me and my eyes are swelling shut and I’m producing nothing but crap because I’m so tired. I can choose to work quickly, take fewer photos, and edit just a few throughout the day while taking breaks to do other things in between, and still be perfectly respectful as an artist – at least I hope so. Because I was starting to feel burned out on taking self-portraits when faced with the prospect of a 2-hour set up and makeup time just to get things going.

Still, I worry about getting lazy or that the photos which result from  a more spontaneous and easy approach will suffer from a lack of heart, or will appear sloppy and shoddy. I rely on you, blog readers, to let me know if that starts happening.  Because I put this shoot together today pretty quickly and didn’t sweat my costume much at all, and I’m not sure if it hindered the results or not. So let me know. I decided to set up and take some portraits in the antique room and I decided to go with a rather harsh, makeup-less look on my face and some austere black to be 1800’s-inspired, but wouldn’t require full makeup or costume. And since I made myself take a break between editing each shot, I only have 4 so far that I can share, but here goes:

That’s the original shot, edited and tweaked without filters, but since I’m still using up my trial for the RadLab filtering software I downloaded (I still have 8 days left, then I’m totally gonna buy it) I decided to use a few for the final version. What I used here was subtle and basically changed the tone a bit to give it a more vintage feel:

The outfit was a little lazy, I suppose (can you tell the top is some sort of rayon and the skirt is knit, cause I can), and perhaps the whole photo is, but I like it and I think it works. I used my 50mm lens and the Speedlite as well as two umbrella stands for that shot, as well as the outside light from two windows opposite me in the room. For these next shots, I did a bit more with RadLab than I did with the first one, so I can show some of their progress as I saved some of the steps to share. 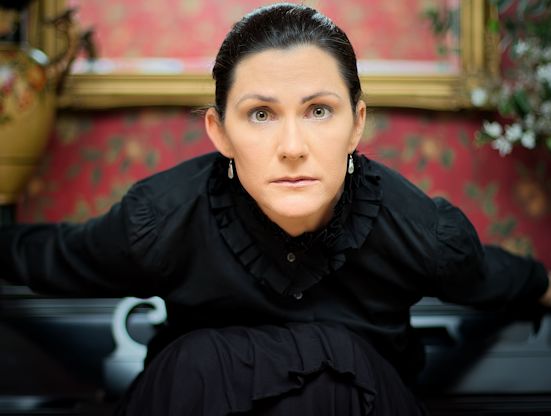 I had this idea I’d do some levitation floating above the piano, but the room is so small and oddly shaped that I’m not sure it’s ever going to work (unless we move the piano – not likely). But I did climb up and sit on it for awhile. The above version is simply tweaked and skin-softened; but here’s how it looked once I RadLabbed it:

One thing about this shoot that really caused problems in this shot: to save time, I decided to try using the StudioFix powder foundation that I mentioned in a recent post works so well on the sun damage on my neck. Remember how I expressed some concern it would be too dry on my skin? Well I was right. Holy cow you could see every pore of my skin in these shots! So I had to do a lot more softening than usual – especially in this shot where the light was so bright on my face. Anyway, as far as RadLab goes, I added color in the shot above to made it more vibrant, as well as adding light, vignetting, and contrast. I decided to utilize Dirty Pictures, too, to add a little texture – so here’s the final version: 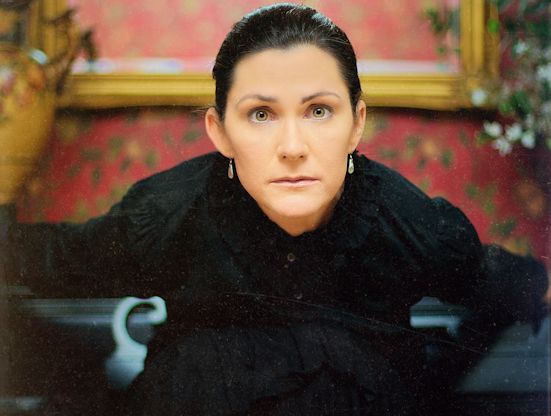 I really love the textures in Dirty Pictures even though I still try to keep them subtle. I also liked how the color worked in this room, especially all the pops of gold. This next one might be my favorite – original shot up first (already run through PS for skin softening and tweaking):

I wasn’t using anything but a Speedlite mounted on top of the camera here, and I think it created some nice shadows – the umbrella stands kept showing up in the mirror hanging overhead, so shut them off and moved them. And one thing about framing here you may have noticed – that mirror is actually NOT centered directly over the piano, so it’s off-kilter a little in the shot (it’s centered on the wall, but the piano isn’t directly in the center…it’s weird and probably stupid  but actually not all that noticeable until you’re taking a photo in front of it). I did use RadLab to brighten it up and give the color more oomph: 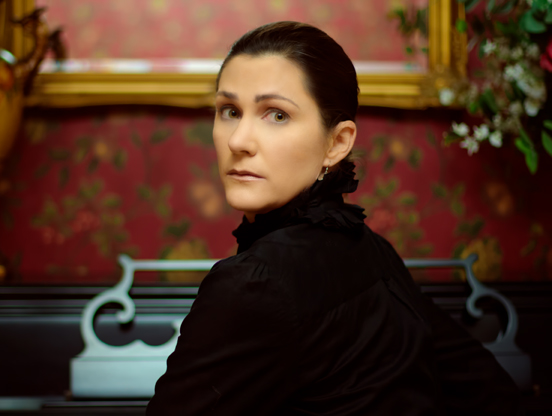 And then I textured it using Dirty Pictures: 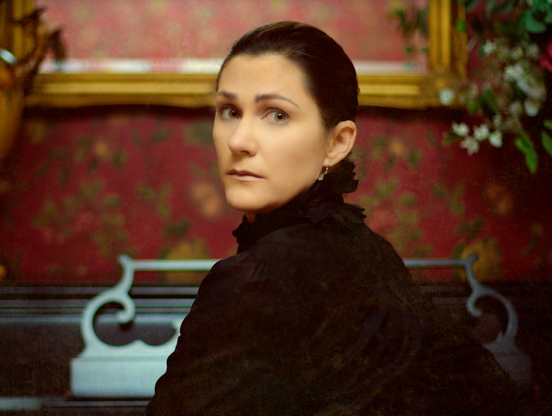 You know though, now that I look at this one, I think maybe it’s way too golden…? I was going for a vintage-feel portrait, but this might be too yellow. May have to re-work this one. One more:

RadLab has a ton of black and white filters, and a few of them are very antique in feel, so I knew I wanted to take at least one shot and monochrome it – I went with this shot, even though the pose is definitely not vintage:

Bet then of course I decided to mess with it some more via texture and tone:

And then I messed with it even more:

But in the end, I think this last step was too much, and I like the photo directly above it better.

So, I like these shots, but I admit it feels weird knowing I threw this costume and shoot together (at least when compared to my usual standards) and I’m wondering what you all think. Do they come across as lazy, or sloppy, or without “heart”? Because that is certainly not my intention. On the other hand, if they work, that’s good to know, because it means I can continue to save myself time now and again without the end result suffering. No pressure for you to answer of course, it’s just my photographic future hanging in the balance…