I haven’t talked about my hair in awhile, so let’s catch up, shall we?

Never let it be said that I won’t try any ridiculous thing in my quest for perfect curly hair. This latest contraption did not accomplish it, but it might at least be useful. And what is it, you might ask? Well, it’s basically a steamer. For your hair. 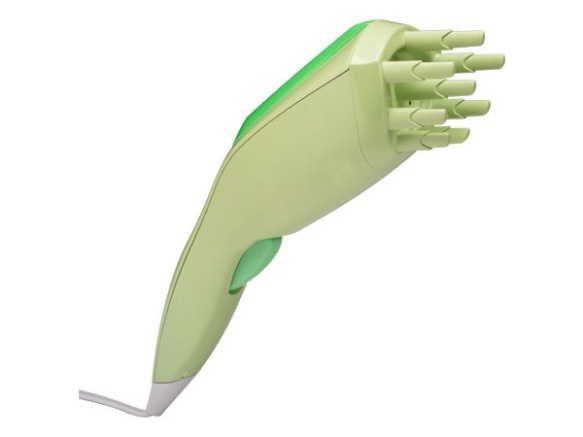 The Q-Redew is pretty straighfoward and easy to use; there’s a little water reservoir that clips into the top of the device;  you plug it in and wait for the go button to light up, then hit the trigger to release some steam and get to work. The theory is that the steam will revitalize and moisturize dry hair and reduce some of the frizziness that is so often a quality of curly hair (and is currently plaguing mine). The woman I watched on YouTube who uses it also claims it helps her extend the life of her curls between washings, and since I am still having to wash my hair every day to get the look I want, I thought I might be able to use it for that purpose also as I’d really like to stop washing it every day. And a ton of African-American women have reviewed it, so it must work well on ethnic hair too.

So did it work? Well, sort of. Here’s a pic of my hair before I used it (you can also see in this photo how much the perm has relaxed from the last time I wrote about it here – and how much it’s grown!): 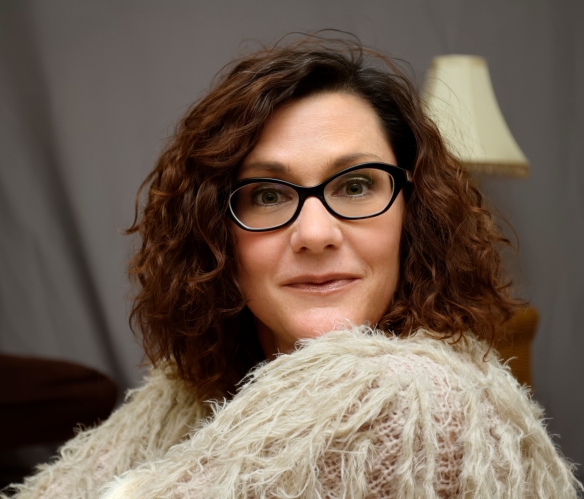 And here’s a photo of my hair right after I used the Q-Redew: 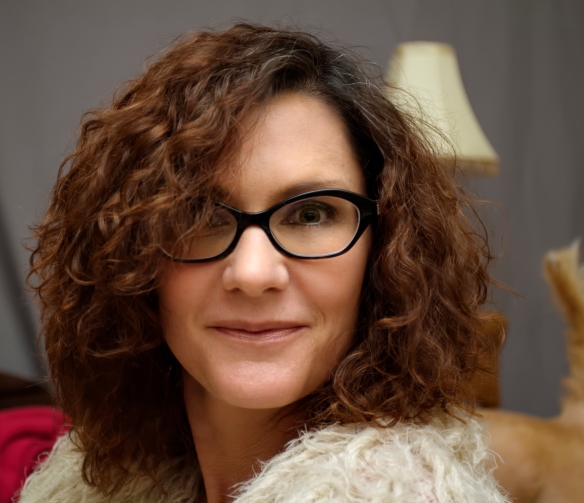 I don’t know if it did much to reduce frizz, but it seems like nothing I’ve tried so far that makes that claim has worked for me at all, so that didn’t surprise me. It did fluff the hair up quite a bit and probably revitalized some of the curl too. I’m not going to wash my hair tonight and see what it does for second-day hair in the morning, so more to come on this. Overall I think it’s a useful little tool and was pretty easy to use. I found it worked best for me when I flipped my head over and scrunched the prongs into my hair all over; volume is something I am always lacking and this added quite a bit, at least temporarily.

You can also see how much of my darker roots have grown out, and my little wisps of gray. It’s actually not as noticeable in reality but the lights and my processing make the difference between the roots and the dye more pronounced in pictures. Also I am in need of a cut, but I struggled a bit to find a new stylist after Phillipe died. I tried to go back to my previous stylist, but he has done that thing stylists do where they open their own salon and then immediately become inaccessible. I called twice to make an appointment  and never heard back from him, so he is officially off my list. I made an appointment instead at this salon in the city that specializes in cutting curly hair; the owner is trained by Lorraine Massey herself, who created the DevaCurl line I’ve reviewed here, so it should be interesting when I go see her on the 20th of this month as she only cuts hair dry, and I’ve never had that done before but always wanted to try it. She also is experienced with perms, so if I do decide to perm again she’ll be the person I can go to for that. I’m back to considering it doing it again, but going even curlier; hopefully she’ll give me good feedback on what that would do to my hair. And a curly hair product reviewer on YouTube I like reviewed a new line yesterday called Raw Curls and she raved about some of their products, so of course I ordered a few of them (including yet another product claiming to control frizz) so we’ll see how those go.

Oh and one more photo before I go – you may have noticed it in the two pics above, but I ordered the most amazing fuzzy sweater from Free People and it finally arrived, so I did a quick jump in it for my 365 of the day. You will definitely be seeing more of this sweater in better pics later! It’s amazing. 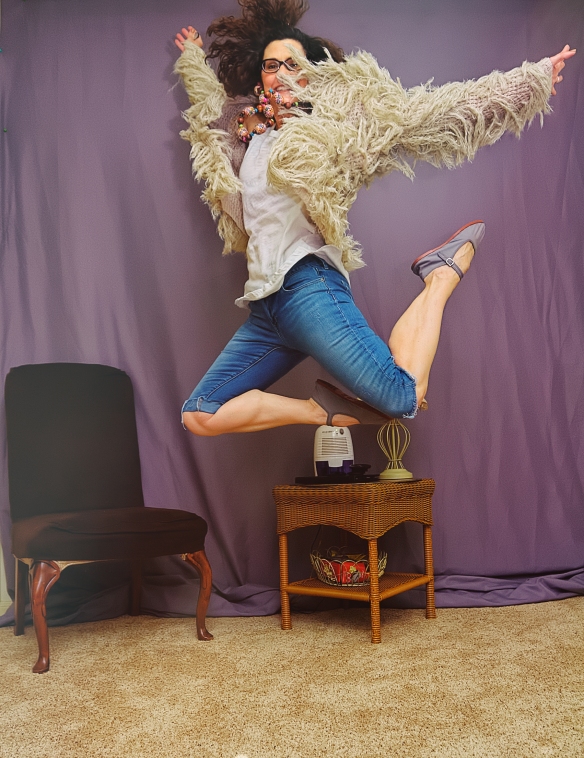 And by the way, what the hell is up with WordPress suddenly squinching my photos down to thumbnail size when I upload them? I’ve been re-sizing my photos to the same specifications for a year now, and all of a sudden when I do that they are minuscule on the page. I don’t get it. I’ve uploaded the huge files this time because I don’t have time to bother with figuring it out right now, but it’s really ticking me off. WordPress, you play too much!