Well first, for the not-so-good news:

Wednesday morning my husband took our dog Penny in to the vet for some routine shots and, long story short, as soon as he got her inside the clinic she had a grand mal seizure. She’s never had one before.

Fortunately this happened at the vet’s office, so she was right there to see the whole thing. She’s the one who told Doug it was most likely epilepsy and not something else like a brain tumor, just based on how the seizure affected her. It turns out Penny is within the normal age range for first showing signs of it – between ages 1 and 6 is the norm, and Penny is 5 years old. The vet said that aside from bloodwork nothing else was recommended at this point; we just keep an eye on her to see how often this happens, that is, if it ever happens again. Our vet said there was a possibility she never has one again, or has them so infrequently no medication is needed. Stress is one seizure trigger, and we figure Penny had her first on in the animal clinic is because it always stresses her out to be taken there, or much of anywhere really – she’s always been a high-strung, emotional dog.

Obviously we were both upset about this (especially Doug, since he saw it all), but we have read up on it now and are comforted by the fact that canine epilepsy doesn’t have to ruin a dog’s health or quality of life; if the seizures became that frequent and/or severe we would not want her to suffer, but there are medications dogs can take to help control them. They are just quite serious pills so we don’t want to put her on them if we do not have to. For right now, she is fine and dandy and looking great, as if it never happened. To her mind, I’m sure it never did. It will probably take Doug longer to get over it though. Moving on. 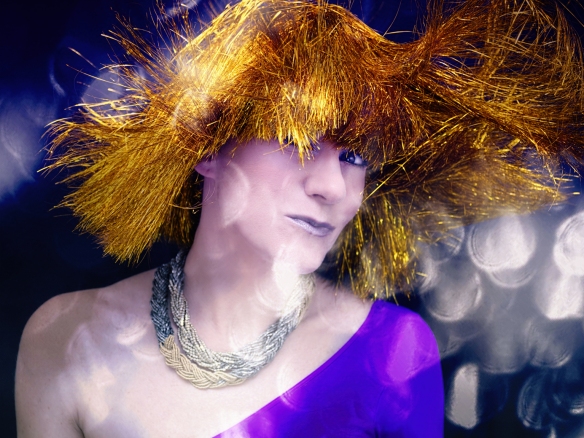 I’m getting bored with editing old photos, but still not ending up with lots of time on weekends for new shoots. So old stuff or no stuff is probably how it will be until school ends in June. The light effects in the shot above came courtesy of Pixlr.

That’s the only other shot I’ve had time to edit this week; everyone is in love with the necklace but I swear that thing was cheap as hell. In fact, I’m pretty sure it both broke and turned my skin green by the time I took it off. But it did photograph well.

In other news, you’ve probably noticed some wig videos popping back onto the site. That’s right, I’m trying out sharing them again. I’ll be uploading from time to time, so if you’re interested in such a thing you can keep an eye on the “wig videos” section.

And now for a RuPaul’s DragRace update: Pearl is still in the competition! And this week she outdid herself, in my opinion. First of all, they had to walk the runway in a he-she outfit, meaning, one side of them was in male drag and the other was in female drag. This sounded super-weird and I thought it would be one of those challenges that fall flat, but in reality everyone looked pretty amazing, or at least interesting. Pearl, though. PEARRRRRRRRL:

Then Pearl upped her adorable factor by describing herself on the runway as “very fla-say-dah,” which the judges speculated was a combination of blase and la-di-dah.

That’s it for now folks. And in the parting words of RuPaul: If you can’t love yourself, how the hell are you gonna love somebody else? 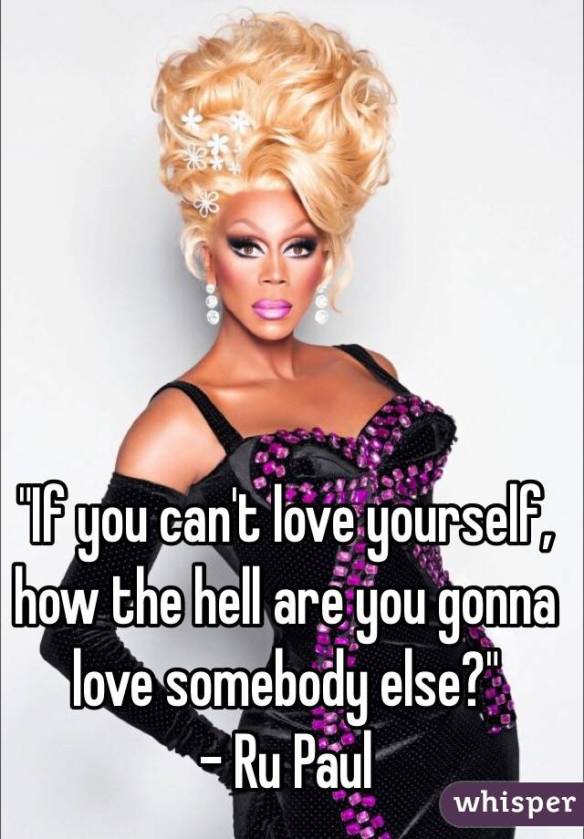 Can I get an amen up in here?

Oh, and one last thing, those of you who are on the private blog: I think if you want to receive emails when I upload a post you have to go to the site and click the “follow by email” button. This blog is for friends-only, so if you are someone who can get into it, you know who you are. That’s not to say I wouldn’t ever invite anyone else to it, but I do reserve it for people I feel I know pretty well. Have a fla-say-dah weekend, everyone – I only have three more weekends until summer break!