For those of you who don’t read my private blog (which is most of you, because it’s, well, private) I’m going to catch you up on recent events quickly, while sharing some more photos I’ve worked on in recent weeks.

I may have mentioned this in a recent wig video post, but two significant things happened this month that I am still processing, to use that term in the non-photography sense. My grandmother’s funeral was May 17th, and that same day I quit my job.

My grandmother was 93 years old, and until the past few months she’d still been able to function on her own. She was just getting to the point that my father had to visit her every day and check in with her when, on May 10th, she had a massive stroke and heart attack that left her bedridden, paralyzed on one side, and non-communicative. She could still open her eyes, and wave goodbye, and squeeze your hand if you asked her to, but for the most part her life was over in that moment. She hung on for five days, and died that Saturday. In the grand scheme of things, she was never reliant on anyone else and did not suffer long in the hospital, but still. When a loved one dies, it’s never easy.

There was a lot of chaos and drama at work as usual going on at the same time, and the long and short of it was that I’d been made promises about my job that ultimately were broken. And I found out about those broken promises the day of my grandmother’s funeral. So after the services, my husband and I drove up to the school, packed up my things, and I walked out.

I’ve been struggling with all these things ever since. It wasn’t just that I didn’t get a promotion I’d been promised, it was that in the weeks leading up to the non-promotion, I started acting like I had the job already, and making a lot of decisions and writing up a lot of documents about how I wanted my department to run. To do all that work, and then not get the credit or any  benefit from it, was devestating. And insulting. And even though there was only a week left in the school year at that point, and I knew that walking away was a dicey decision, I did it because the only thing left for me to do at that point if I’d stayed was hand over the rest of my knowledge and information to the people in charge who’d already screwed me over, then slink away at the end of the school year to never return. At least this way, i got to take my hard work and knowledge with me, and I didn’t let them steal any more from me than they already had. 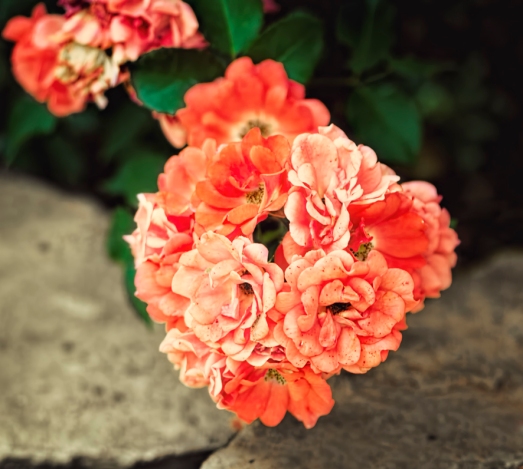 I’ve been so baffled over how this happened, and how it is that I could work so hard somewhere for four years and never get any acknowledgement or reward for it. Selfish thoughts, I know, but they were my thoughts  all the same. In the past year, I felt I’d really been pretty vocal about my ideas – and they were damn good ones – and all the ways I knew the school could be so much better, and I kept waiting to be rewarded for that. But then today I stumbled across this post in an advice column that helped me to understand where I went wrong. The entire response is excellent and well worth a read, but it was these two paragraphs in particular hit the nail on the head for  me (salty language warning for the faint of heart):

You had a lot of ideas how the company might do things better. You were passionate about those ideas. You took the inefficiencies and inconsistencies around you personally. And while it’s easy to believe that these things make you an ideal candidate for a management role, you’re wrong. In fact, in 9 out of 10 workplaces, these things make you the least likely person to be promoted.

Generally speaking, managers are not people who fixate on how the company might do things better. Managers simply run things. They perpetuate the status quo, and they are hired to do just that. Sure, there might be a superstar CEO or business owner who rains down hellfire and damnation (or muffin baskets, or bonuses), and then all the managers inform the plebes of the new policies and initiatives that are going to streamline everything, usually in asinine, out-of-touch ways that fuck everything else. But managers are not the source of these initiatives. The manager’s real talent lies in his/her ability to pass along bullshit initiatives WITHOUT letting on — in longwinded emails and longwinded meetings — that those initiatives are fucking bullshit. The budding manager is promoted not based on long hours, vision, and passion, but on an ability to encounter hilariously ill-considered directives with a quiet shrug of resignation.

Now I know there’s a lot of patting myself on the back in those two paragaphs, which I don’t mean to do so obnoxiously; but it does explain how I could have spent all year pushing hard for change and shoving my bright ideas down everyone else’s throats and not ending up at the end of the year with a gold star. In fact, I got thrown under the bus instead! But while I think I did have a pretty clear read of what was wrong with that place,. what I did a piss-poor job at was reading the room. I simply never understood that all my fussing and shouting for change wasn’t getting me any closer to being a leader there; it was just pushing me closer to the door. And in the end, I had to just walk through the exit and call it a day.

It’s not that I shouldn’t have had the ideas I had, or even try to convince others that they were good ones; I just should have understood better how that role fits into a culture like that one and not expected to be rewarded for it. Either way, I think at the end of the year I would have been saying adios to the whole environment, because it was clear that status quo was still the order of the day around there and always would be; but I wouldn’t have been so shocked at the outcome and my expectations for how I would be treated as a result of all my planning and pushing would have been far lower. In the end, it was the right thing to do, and I don’t regret it, and I’ve decided to strike out on my own and work as an academic coach and tutor so some of those big ideas I had about how best to help kids I can do in  the manner I think is best, without having to play to the middle and hide my damn light under a bushel to get away with it and all that.

It’s still been a hard lesson to accept, and venturing out on my own without a steady paycheck is daunting to say the least, but my husband is fully on my side and has in fact been telling me to walk away from that crazy damn place for years, so I know it will be OK. But emotionally I’ve been through a lot, and I still have moments where I break down and ugly cry over it all – the loss of the job and the disappointment of their  broken promises, yes, but also the loss over my grandmother, which I scarcely got a breath to process before everything hit the fan at work.

I’m already being contacted by the parents of students at the school who’ve heard about my departure, asking me to coach and tutor their kids, so that’s nice. Here’s hoping things can all work out in the end; time only spins forward after all. But first, a few weeks at least to catch my breath, since summer is here.

30 thoughts on “Walking It Off”