I’ve been wanting to post a hair update for the few who read this blog who know how long I’ve been trying to grow my hair out from a super-short cut (talking to you, Lana). I was waiting to get my color touched up before taking update photos, which I did last Tuesday, but I didn’t have time to shoot during the week. I decided to snap a few quick pics while doing test shots for the photoshoot I’m planning, so I’ll go ahead and do the hair update now.

For most of my teenage and adult life, my hair has been very short. In junior high, my mom allowed me to go to a stylist and get whatever cut I wanted for the first time, and I immediately chopped it into a short feathered style a la my idol, Kristy McNichol (she was THE COOLEST chick on the planet if you were a young girl at that time – and not only that, she was actually a very good actress. Completely unknown now, I think, but there are those of us who remember what a badass she was back in the day). 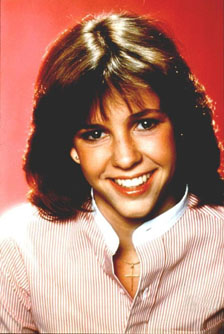 Unfortunately, that whole “feathered” hair thing was not manageable with the sort of fine, wavy hair I possessed, and keeping it all swooshing back away from my face was next to impossible; it just wanted to flop forward now matter how much Final Net I sprayed into it each morning. The  best hair to have back then was thick and fairly straight, and I remember admiring girls who could part their hair from the middle, then whoosh it all back on both side so the ‘wings’ would touch. Then they’d spray the shit out of it and it would stay that way, immobile, all day long. Not this gal. I ended up with the dreaded sausage-roll that only flipped around my face while the rest was a frizzy mess. 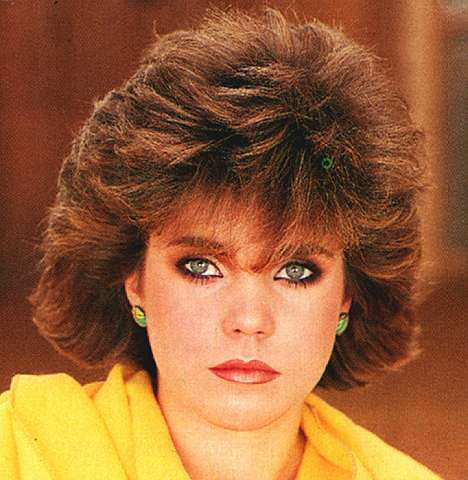 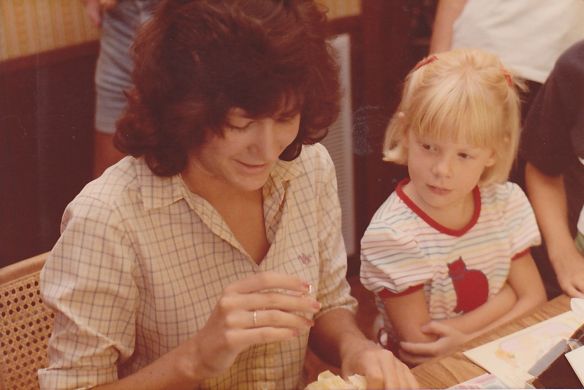 From this I determined that I had “bad hair,” especially when you added to the mix that I grew up in a very conservative area of Texas, where hair that was not blonde was a huge detriment to one’s attractiveness. In ninth grade, I decided since I couldn’t pull off length, and I wasn’t all that much to look at (I never thought I was ugly, just kind of plain, and certainly not the cheerleader-y, all-American ideal guys my age at the time idolized) I decided to cut it all off and go super-short, something only a handful of other girls my age were bold enough to do (I think I recall two other girls at my high school with boy-short hair). I felt this gave me an edge, and made me more interesting and noticeable. I was probably right, as my short hair has always been one of my distinctive qualities.

Throughout my adult years I’ve had just about every variation of short hairstyle you can imagine, but it has always been boy-short. In fact, to me a chin-length bob was considered long just because the ears were covered. The four photos in this collage probably span the past 15 years, easy:

Remember how I mentioned that before a few years ago, I knew nothing about taking photos? This collage proves that.

However, as I moved into my forties, an interesting thing happened. My short hair became less distinctive, and more, well, expected. In my thirties, short hair on a woman was still considered pretty unique, at least the short hair I wore due to my willingness to experiment, razor and buzz, and color at whim. But many women, if not most, start to chop off their hair in their forties, and I began to feel boring and predictable instead of interesting. To distance myself from the soccer moms, I reverted back to the occasional buzz-cut I’ve been known to wear at various times – but I really didn’t care for it anymore (plus, my husband has always hated my hair that short). So a few months later I decided to grow it out for real, and it was at that time I got into wearing wigs so I could keep the mess covered while I did so. I felt it was the only way I’d have the patience to do it, and I could experiment with different lengths and styles while it grew.

The thing is, I’d become so convinced that I didn’t look good in long hair; a belief I developed way back in junior high school, that I’d not ever seriously considered wearing it any longer than the aforementioned chin-length bob. But when I started wearing wigs, I realized I could pull off a much longer style. I became more determined to grow my hair out long, for the first time in my adult life.

That was about three years ago, I’d say, and I definitely hit some snags along the way. I managed to make it seven months without a single cut thanks to wigs, but right before my birthday two summers ago I decided to go get a trim. The problem was, I was between hairstylists and looking for a new one, so I not only had to go get my hair cut into some sort of style without losing too much of it, but I also had to find someone who could do a decent job. Unfortunately, I didn’t hit the hairball right out of the park with my initial stylist choices, and eventually ended up growing out, and then cutting off, most of my length twice in the span of two years. One time the cut was so bad I just chopped it all off and started over, the other time I did my best to let the mess grow and resigned myself to looking like hell for 5  or 6 months while I grew out a horrible cut that made an already crappy mess look even crappier.

On the left was the “custom cut” I received from a pricey salon in the city; it looked cool for about a week, then transformed into a ridiculous mess. Maybe you can’t tell, but there were no two sections of hair that were the same length – it was described by a stylist who tried to fix it months later as “having been chewed on by wolves.” On the right is a faux-hawk I got during another exasperated moment of giving up on growing out.

So here I am, three years later, and I have finally got some semblance of the chin-length bob that I am determined to grow to my shoulders. I found a great stylist last year who’s been good about trimming it just enough to keep it in some sort of style but still allow it to grow. Not that we didn’t make a few mistakes along the way though – leave it to me to constantly throw a wrench into the hair growth plans. Last November I decided I wanted to do some radical color again, which I hadn’t done since starting down the hair growth path, and let’s just say I went really radical:

This looked cool as hell, for about 24 hours. Then the red dye melted into the bleach, turning it pink. I had to wear a hat to work for two days, then make an emergency trip back to my stylist, who managed to transform the pink bleach into a, shall we say, unique copper color. For the next four months, I looked like the Heat Miser. 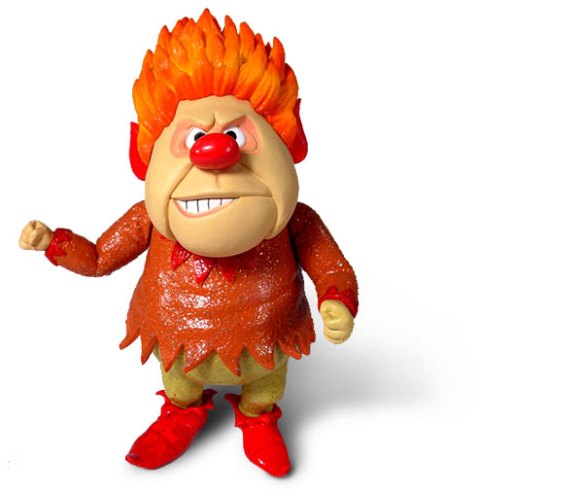 Needless to say, frying my hair with bleach while trying to grow it out at the same time was not the wisest decision, and my stylist has since learned to talk me down off the wild woman ledge when I step too close to it (such as my recent desire to get a perm; he made me wait until the next appointment “so it can grow a little” before getting it, and I’d of course changed my mind by then. I later realized he’d never intended to perm it in the first place. Good boy). I eventually was able to dye over it, but we did have to wait awhile, and I actually had to be seen in public for about four months with copper and burgundy hair. And yet, like the chewed-on-by-wolves “custom cut” and the faux-hawk, I survived, and I am still determined to grow this mess to my shoulders. But for now, here’s where it is – a nice normal cut, and a nice normal color (I think we are finally at the point where the dye is going to stay this time and not fade out where all that bleach was like it’s been doing for the past year): 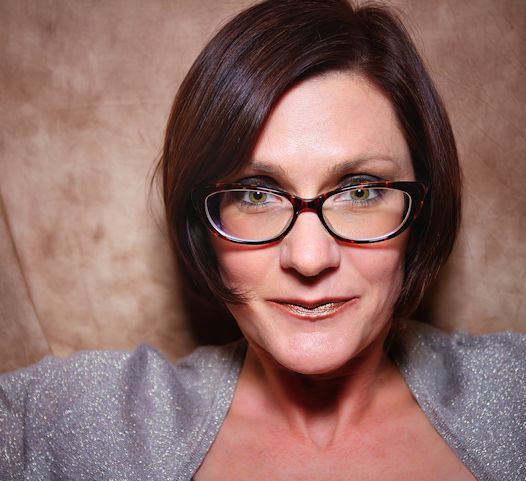 I have a lot of hair, but it’s very fine, which means it’s always going to look flat. Oh well. At least it’s not orange.

Close to my natural color, but warmer and a touch lighter. Also minus the gray that’s sprinkled throughout mine.