So this costume change isn’t much of a change from the photos I shared yesterday. Basically the difference is I have on these wide-legged purple pants I bought off Amazon when I was searching for dance attire to wear in photos (this was before I discovered the joys of online vintage shopping via eBay). The pants are actually praise dancing pants, and I can honestly say I had not heard of that particular term before when I bought them. I had heard of liturgical dance, obviously, but the phrase “praise dancing” was new to me. I was sure I was the only person among my friends who’d ever heard of it, but so far, everyone I’ve told about it has already been familiar with the activity. So I guess I was just out of the loop on this one. Moving on.

Anyway, I put on the purple pants to add more flowy fabric into my movements, and I like the way they turned out even though the purples don’t quite match. This was actually the first outfit I wore, and these were some of the first photos I took; I realized after the fact that I needed to move the camera back some as a lot of these shots do not capture all the fabric in the frame. Bugs me a little bit, but I liked many of the shots enough to use them anyway.

I just realized I only have a few from this costume so far; much more to come. It may not be until the  weekend when I have time to work with more editing but I know I have more to edit from this section of the shoot. 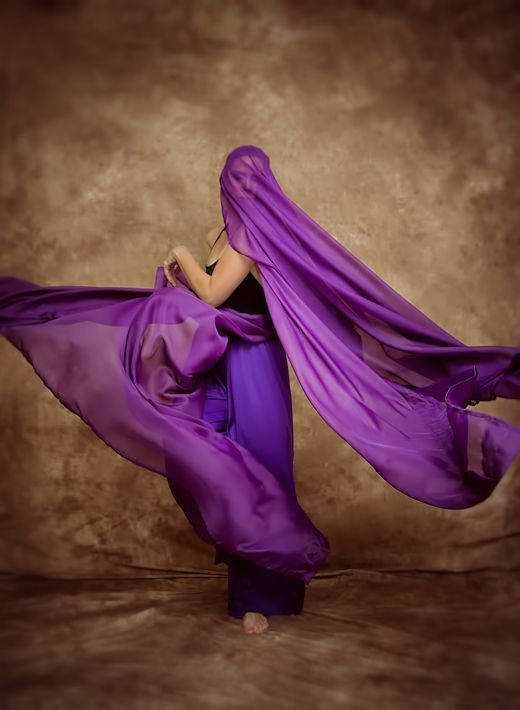 I blurred the edges because I felt it made the cut off material look more intentional. Not sure that’s gonna fool anyone though. 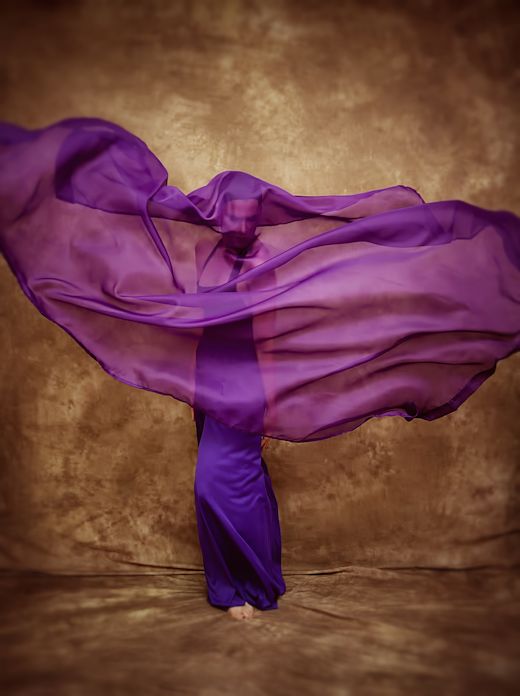 What can I say – I could not be any happier with how these curtain sheers worked with the camera.

So just two for today. I am itching right this second to dig into the RAW files and find a few more to edit before posting, but I know it’s going to throw me off schedule if I do that, because I will get so engrossed in the work I won’t get myself to bed on time or anything. So I will have to be happy with only sharing two photos today. More later though! There are wigs and Mardi Gras masks involved in the next set of shots!