I tried to use my macro lens while at the beach Saturday, but my attempts were less than successful. I really need to read up on how to use this thing appropriately; in my defense, it was incredibly windy which made shooting difficult, and I’d forgotten my lens hood so I was pretty nervous about being out in all that sand and wind. Plus – I have no idea what I’m doing. But crappy photos won’t stop me from sharing them on my blog!

My mother wanted me to take some photos she could print out in black and white and frame to hang on the walls of her house, so for awhile she walked around with me pointing at things and saying “That! Take a picture of that!” which was less than inspiring. She mostly wanted pictures of tall grasses for some reason, which was weird for me to photograph since it’s not something I normally would care to shoot. I haven’t processed any of those yet. In fact, most of the nature shots I attempted to take with the macro didn’t come out at all, which again I blame on the wind. It really was crazy windy, I swear. So – I took a picture of the grill of her Cadillac instead.

Since most of these shots were boring and/or sub-par, I began running them through Pixlr. 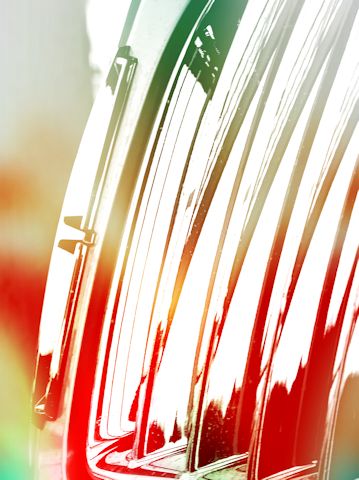 I think the Pixlr effect work well on this next one – original is first, then the edit: 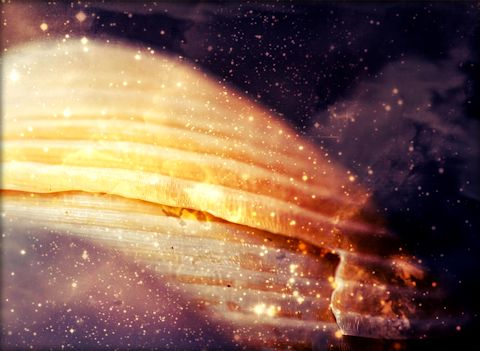 I really do like the Pixlr’ed photo there – I call it “spaceshells.” I didn’t process too many other photos from the macro portion of my weekend, but here’s two more taken with other lenses that I worked on last night, just because.

A view of the pier railing