I have edited a ton more photos, but I am going to focus on just a few real quick and then I’ll share more in another post. As I’ve worked through the self-portrait shoot from a few weeks ago, my usual tendency to get bored with the same set after awhile has taken me in some interesting, but perhaps not always successful, directions, so I have one little tangent here to share. Prepare yourselves though, because it’s seriously creepy. But first, more airplanes: 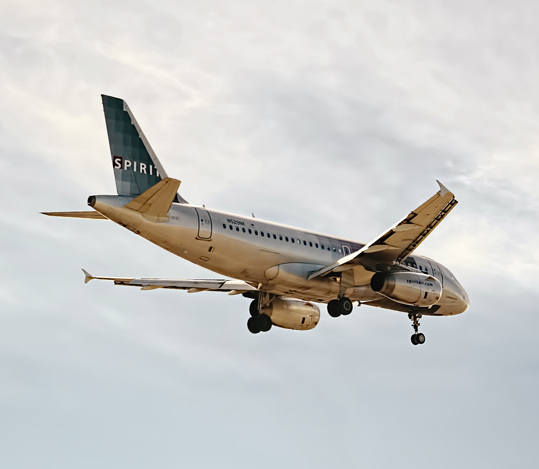 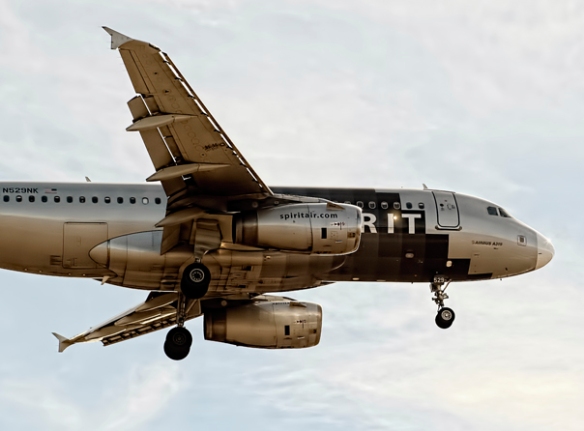 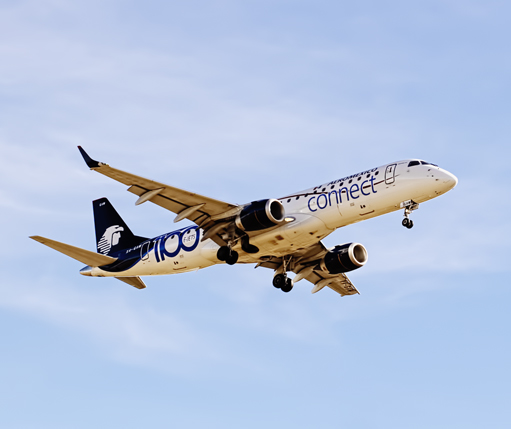 There’s some other one floating around that I spent hours trying to edit to my satisfaction and ended up abandoning; I’ll have to get back to it at some point but I just moved on to other photos of the Spirit Airlines plane because it became too frustrating. As I’ve mentioned before, since my telephoto is rather cheap and an older model, the photos do come out a little grainy and the color rendition isn’t the best, so they do require some work on my part. A lot actually. But in the end, I’m happy with these and still have more to edit – I’ve been switching back and forth between planes and portraits since last weekend, and doing so is rather fun. Moving on.

As I’ve edited photos from the portrait shoot, one thing I’ve had to fix in every picture is the over-contouring I did on my nose (one of the hardest parts of the face for me to contour and I rarely get it right); I didn’t get the shading right and it was too dark on the sides of my nose, actually making it look a bit wider instead of more narrow. I used some cloning in Photoshop to soften it for the most part, but one thing I noticed with this next portrait was that I actually edited in such a way to make the shape of it change quite a bit.

I don’t know if it’s noticeable to anyone else, but I really don’t look much like myself here at all. In fact, I think I look a little like Laraine Newman from the old Saturday Night Live original cast, but perhaps that’s just me. Obviously I also added some filters and texture to this shot; I did that because my skin looked pretty bad in the original photo here; it’s winter so my skin is dry, and as I get older my sun damage gets more noticeable too plus this is REALLY  close up, so I looked pretty blotchy and flaky and had to apply quite a bit of skin smoothing to get the color I wanted. In the end it made me look TOO ‘touched-up,’ so I thought adding some texture and wet plate filters would detract from that a bit. I usually do not like adding grain or texture to portraits, so when I do it you know that either there was something wrong with the picture I was trying to conceal, or I just found it boring and wanted to add some interest.

Working with this picture got me thinking, though: just how much can I alter my face and still have the end result be believable, anyway? Could I alter myself to such an extent that I am unrecognizable, and if I do, will I still look human? I decided to try this out for the hell of it, and well, I did get part one of the question right – I definitely made myself look different. Human? Not so much. But first, the before:

I went with an older photo to get another one that’s mostly just face (didn’t want another shot in the red cape). I’m pretty sure this was one of my makeup test shots again…anyway, I started out messing with the eyes, mainly using Photoshop’s warp tool to change the shape of things. What I ended up with was this (and I’m warning you, my husband came into the room right as I was finishing up messing with my face and he was seriously disturbed. I believe his exact words were, “I’m sorry…I just can’t look at that.” And then he ran from the room):

I think the biggest mistake I made here (aside from attempting it at all) was to re-shape one eye and then copy and paste that eye onto the other one, flipping it vertically to make it fit. I’ve seen this done before to get eyes more symmetrical, but obviously I don’t  have the skill to do it realistically, and they do look kind of ‘pasted’ on I think. And also, well, ew. I look like some bad woman/Bambi hybrid. But if you want to know what I did, I used the warp tool to also slim up and lengthen my nose and to give myself bigger lips that I also made a little less wide. I started to also screw around with my chin and cheekbones, but honestly i was getting pretty freaked out by the sight of me by this time and ready to make the whole experiment go away. But I did go ahead and give it some filter treatments in case I ever want to scare the hell out of Flickr by uploading this thing (I highly recommending doing something like this before getting any sort of face-altering plastic surgery. The doc who gives me my Botox injections is always trying to talk me into plumping my lips with some collagen, but after looking at this I’m thinking no). 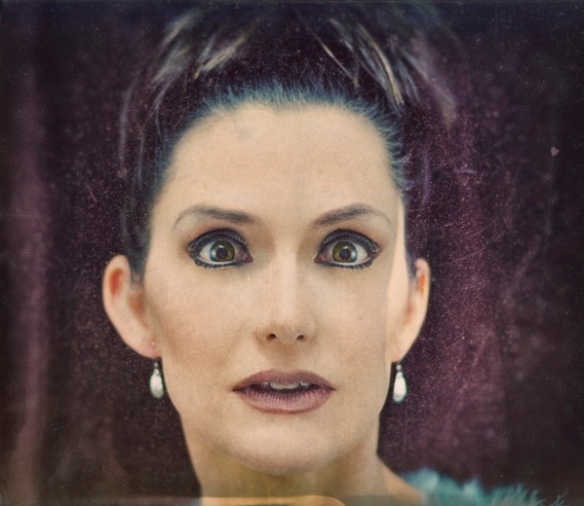 So, there you go. When I started, I rather liked the idea of trying to take pics of myself, then make them look like they weren’t me at all, but honestly I don’t think I can handle it, and my husband might divorce me. I’ll stick to the skin smoothing and wrinkle reduction and call it a day, I think. Although – I rather like the idea of not posting any pictures on Flickr for about a month, then popping up with this and saying I had a little ‘work’ done. Can you imagine?! It’s really tempting…

Oh, and I also plugged this photo into one of those “celebs you look like” sites and got this back, so apparently I look like these women in my altered state:

More to come – I couldn’t bring myself to share my other, better photos alongside this creepy monstrosity. Happy weekend everyone!

16 thoughts on “Changed and Deranged”