It’s been awhile, huh? First I got a few weeks off, and got really lazy. Then, I went back to work and got ridiculously busy right away. In neither circumstance did I do any blogging, or much picture-taking – not that the ridiculous amount of photos that are in this post are any indication of this.

I took a fair amount of photos in December, but never got around to sharing them here, or anywhere, for that matter. I keep forgetting to log on to my Flickr account to post photos. Days will go by before I realize I haven’t shared anything anywhere, so a big-ass backlog of photos has piled up. It’s weird to look at it all now, since I haven’t touched a camera in weeks. My schedule has gotten all turned around, because once school started up for my students they all had to change their appointment times around due to extracurricular activities, and everything is flipped and flopped and I’m still not used to the new hours.

I’ve worked basically from 3-8 Monday through Thursday, with Fridays off and a few appointments on Saturday, for a good solid year now. But all of a sudden, my students are scattered all over the place. Whereas before I saw three kids each evening, now I see two on some nights, only one on others, with no entire days off except for Sunday. And, I’m seeing students in the morning on Saturdays now, which I’ve come to learn that I dislike immensely. I don’t know how I ever taught high school all those years when the first class started at 7:30 AM – right now, I have my first morning appointment at 10 AM, and it’s miserable. Of all the changes I’ve made to my schedule, it’s the morning appointments I dislike the most, and as soon as I get an opportunity I intend to change it so I never start tutoring before 1 PM again. 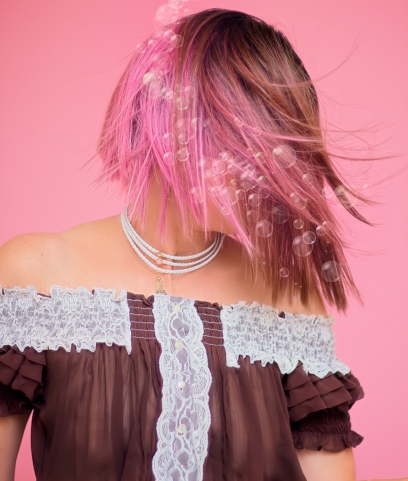 I’ve had other scheduling issues in the past that I didn’t like – I don’t mind having several hours between appointments, but getting stuck with, say, one hour between two sessions really sucks, because it’s not enough time to do anything other than sit in my car or drive around aimlessly – so one thing I’ve learned is not to sweat the unpleasantness too much, because my schedule is always changing. I’d say the longest I’ve gone without any changes to my work schedule is three months, so by now, when I run up against a schedule I don’t like, I just suck it up and bear with it until it changes again. So, I’m pretty much doing that now with the Saturday morning thing.

Also, the weather has been bananas here lately. Just this last week, Houston was hit with temperatures well below freezing for two days in a row (Tuesday and Wednesday), with sleet and snow and roads iced over everywhere. I know people who live in cold climates love to make jokes about how a warm Southern town like Houston shuts down in weather that wouldn’t make anyone blink in, say Boston, but the fact is no one who lives here is equipped for such weather, and our city isn’t well-equipped for it, either. None of us natives have ever seen a snow tire, and we are generally hard-pressed to even buy heavy sweaters, much less coats and warm boots and the like. So yeah, the city was basically shut down on those two days, which are also two of my busiest tutoring days, so I’ve spent the rest of week cramming in all the appointments I missed wherever I could to make up for that. And, get this: it’s now Saturday of the same week where the entire city iced over and froze on Tuesday and Wednesday, and it’s currently about 60 degrees outside. My sinuses don’t even know what to do anymore, and trying to decide whether I need to wear a winter scarf or summer shorts is a daily ritual. Usually I just wear both.

One thing I’ll mention about my photos: I’ve made a conscious decision to use less Photoshop on my portraits. Don’t get it twisted – I still use a lot of Photoshop, but I’ve really backed off the portrait editing software that can alter my face shape. It was fun for quite a while to try to make myself look as different as possible, but the thrill of that has worn off for me now that I’ve basically pushed that as far as I can, and I’ve dialed it way back. I still love to add makeup and I do still even out my skin tone and smooth it a bit, but I’m doing a lot less in that department than I was doing for a while. Obviously I’m still using wigs and makeup, though – that’s probably never gonna change.

Speaking of wigs/hair, I was considering growing out my gray hair for a minute there, but I abandoned that idea and got some ombre-ish highlights put back in. I wanted more of a contrast than I’ve had before, so my stylist kept the base color quite dark and close to my natural color, then worked in some very blonde ‘panels’ underneath the base color and on the ends. I really like the look, but in my current state of laziness I haven’t taken any pictures of it except for a few crappy iPhone photos. I also got about an inch cut off – the first time I’ve taken off any length in several years – because I really felt like the ends were getting scraggly, and I wanted to get a really blunt cut. For the most part, I’ve been planning to let my hair get as long as possible, since I’ve never had long hair before and I thought having hair down to my waist would be amazing, but lately I’ve been noticing that it’s about as long as it needs to get right now. In fact, the longer it got, the scragglier and thinner it was starting to look, and too much length doesn’t do my long face any favors, either. So, I figured losing a little bit would give it some much-needed bounce, and I plan to keep this length for the foreseeable future. I’ve also been slowly going heavier with my bangs each time I get them trimmed, but keeping them pretty short, and I’m really liking the look right now, even though I lost enough length that pulling it up into a bun is a little tricky now. 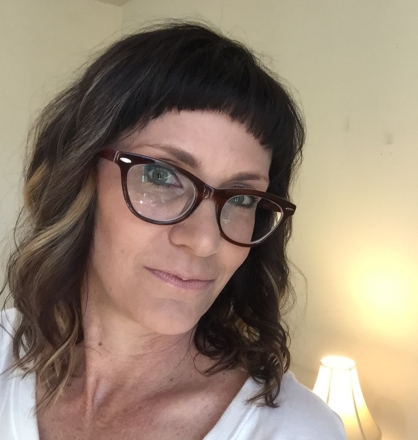 I am also on a big Oribe product kick. I’m still trying out a lot of the line although I’ve used one particular Oribe gel for years; I am not far enough into my experimentation to write about it, but I am determined to make this stuff work for me because the price is ridiculous. I’m impressed with the shampoo I’ve been using so far; it definitely is luxurious and makes my hair silky smooth, but the problem is that my hair is so baby-fine that silky smooth also = flat as hell. So I’m trying out some volumizing styling products to see if I can’t get a good system going with this stuff. We shall see. But I will say, if you have thick or coarse hair and you struggle with frizz or dryness, Oribe shampoo and conditioner just might be worth the money for you. It smooths out my hair so much that even when air-drying (which is all I do anymore) my hair turns out almost straight. Even five years ago I would have loved this, but I am really into wearing my hair wavy now, so it just isn’t floating my boat at the moment.

So maybe at some point I’ll write up a review of everything I’ve tried and what I think about it all. But for now, I’ve got to wrap this up and get to bed, since I have yet another round of early morning tutoring to do – still making up all the sessions I missed during our two-day winter of 2018.