It’s been almost a year since I posted, yikes! As you may have noticed, I also took the site down during that time. No particular reason, I was just feeling like having less of an online presence for a while, so there you go.

It took me quite a long time, but I have finally gotten used to my new work routine. After decades of working the regular old 9-5 for someone else, coming up with a way to work for myself and still feel like a normal human was a long time coming for me. But I think I’ve got it figured out now.

What I do is wake up between 6-7 AM, make my tutoring notes from the day before, plan my tutoring for the day, and then do anything else that needs to be done before eating an early lunch around 10:30. After that, I slip back into bed and either just chill for a while watching TV or playing video games, or take a nice nap until 1 or 2. Then, I get up, get myself put together, and head out to tutor around 3 or 4. In the evenings I get home between 7-9 PM, depending on the day, so I do a quick workout and stretching routine, and sometimes I cook a meal. Then it’s in bed between 9-10 PM to read a little or watch some more TV, and fall asleep between 11-12. It’s pretty wonderful.

I haven’t taken any photos all year, really; there’s been little excursions here and there but not much in the way of my usual selfies – although this past Sunday, I did actually get the urge to do a shoot and took a bunch of portraits for the first time in forever. I even donated all my costumes at one point, because my closets were too full, and I felt pretty bored with the process overall. However, at the same that was going on (or wasn’t going on, as the case may be) my depression was also creeping back into my life, so I’m not sure if the photo hiatus and costume-purge may have been a part of that. But I started to notice around April of this year that my thoughts were increasingly negative, and my energy and enthusiasm were low, and in May I finally gave in and asked my psychiatrist to put me back on my medication. I’ve been on Lexapro for anxiety for several years (which has caused a good amount of weight gain, but more on that later) but I stopped the Wellbutrin around the time I started it. I was hesitant at first to get back on it, but in the end I felt I had no choice. The last time I was on Wellbutrin, I lost a ton of weight, but that hasn’t happened this time, either because of the Lexapro or the fact that I am turning 50 this month and my body is changing, but either way, I’d rather be sane and heavy over thin and depressed/anxious any day, so there it is.

I will say, in the past year I’ve also been experimenting with a lot of new skin care, and have discovered some products and processes that have greatly improved my skin. So much so, that I don’t even have to use the heavy foundation I used to wear in my photos to even out my skin tone – yeah, it’s that good. And not having to wear as much makeup has also got me thinking about how much Photoshop I used on my face before, and I’ve decided I don’t want to do that anymore. Yes, I still add makeup and even out my skin, and remove blemishes and what have you. But no more slimming my nose (except with contouring and highlighting) or shortening my long face or widening my close-set eyes. It feels more honest, which, at age 50, I think is a good place to be. 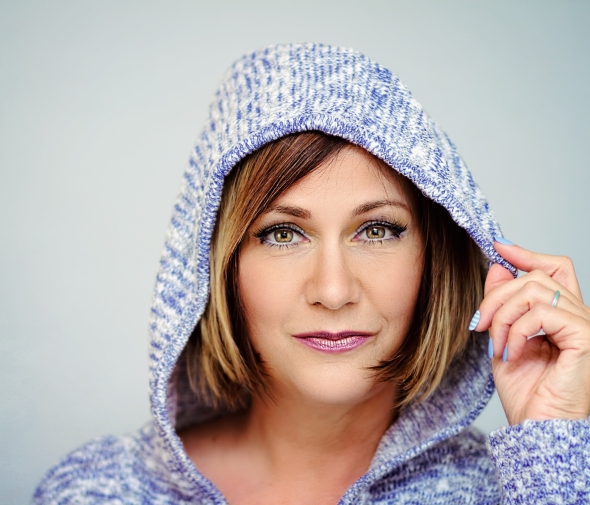 The weirdest thing about turning 50 has got to be the changes in my body shape. I’ve never, ever had issues with my abs and have always had a flat stomach, and somehow I thought I’d escape the disappearing waist of middle age because of that. I have not. And it’s a bitch to lose it. I finally plateaued weight-wise around 150, and haven’t gained any more than that in about a year, but I’ve never in my life weighed above 130 until this past year and a half, so there you go. One nice thing about losing my waistline though – I always had to get my pants altered to fit me in the waist because it was so much smaller than my butt and thighs, and I don’t have to do that anymore! I’d always hoped that would happen because my  butt and thighs slimmed down to align better with my waist, but hey, working the other way isn’t all bad. And, since I rapidly outgrew all my pants and skirts, I got to buy a whole new wardrobe to fit my new shape, and you know I’m always up for some clothes shopping. 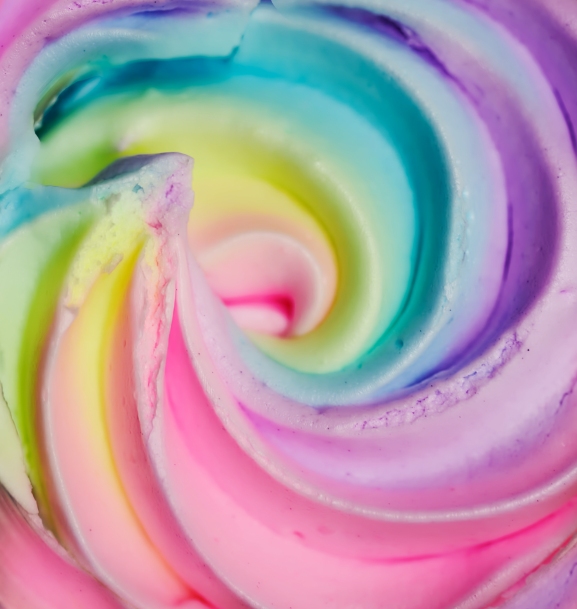 This is a macro of some lotion I found at Urban Outfitters. As lotion, it is awful. But it took a great picture!

After a very long, slow illness, my father-in-law passed away in April. It was a hard road for my husband to travel, because he was the only one around to care for him, and for about ten years a big chunk of our lives revolved around that. And yet, it was still a shock to lose him, and we were both pretty down for a while even though we knew it was for the best, and he died peacefully in his sleep, but things are starting to even out now and my husband is at least free of the added stress of caring for him, although we have to sell his house and figure out other estate issues. We’ve known for some time that an inheritance was on the way, and while we both plan to cut back on our work hours now that we have more retirement savings to add to what we already had, we both intend to keep working. The only money we’re spending right now is what we need to spend to sell the house, and the rest is going right into investments and savings, so we can enjoy middle age without too much money worry. I’ve seen so many people get an inheritance and immediately start spending (wasting) it, and we both know that Doug’s dad wanted us to use this money to retire and take life easy, not blow it on a second house or granite kitchen counter tops, so that’s what we’re going to do.

Also, my father-in-law had this big-ass brand-new Mercury Grand Marquis he bought for cash in 2006 and then fell ill, so he barely ever drove it. He’d been bitching for years about how all the car did was sit in the garage when it was so big and fancy, but no one ever wanted to take it from him. When we were working in the house shortly after he died, Doug suggested I just give it a spin around the block to see what I thought – although it was a 2006, it only had 16,000 miles on it, and the Honda I was driving had 120,00; plus, I’d been saying for a while that I really wanted my next car to be bigger and more comfortable instead of the usual compact economy cars I’ve always bought. Needless to say, I ended up loving it, so we sold the old Honda and I now drive my father-in-law’s car as my own. I actually named it ‘Outlaw,” after him – trust me, if you knew him, you’d know how accurate a description that is. 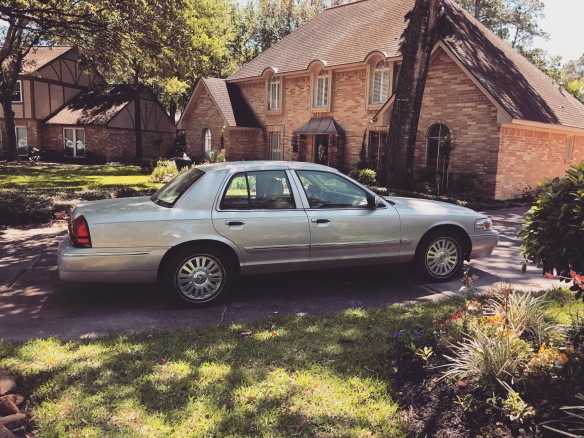 What else is there to say? One of the best things that happened this year is that a friend of mine convinced me to travel with her to Orlando and go to Universal Studios, Disney World, and Hollywood Studios – something I never EVER would have done on my own – and OMG it was an absolute BLAST. I took a ton of photos, although they were all with my phone, so I’ll have to do a separate post about that adventure. It was honestly the most damn fun I’ve had in years, even though holy hell it was expensive. How do people manage stuff like that with children? I’ve got no idea.

This was us on the last day. We were exhausted, but happy.

Well, I’m going to cut this short now, because it’s after 11 AM and time for my daily nap. I may be back soon, or I may never return – you just never know with me. 🙂