I don’t even know what part we’re on now.

A few things happened to reduce the amount of photos I have of these next two houses: #1, as previously mentioned, is the fact that by the time we got to these homes the tour had gotten crowded, and there were lots of people milling about either getting in the way of shots, or the shots were getting in their way. #2, however, is that after the tour, I came straight home and went on a processing binge, spending hours editing shots, and quite honestly, by the time I got to these last two sets I was a bit too delete-happy. Things like that happen when I get tired and really should stop processing, but the obsessive part of me continues on, making editing mistakes and, in this case, deleting shots out of a sense of fatigue. For example, with this house, I took loads of shots of this sunken sitting room which was definitely my favorite part of the house, but by the time I got to looking them over on my computer, I decided screw it, I’m tired and I want to finish this task – I only need one good shot of that room, and deleted the rest. Then when I went to write this post, I realized I wanted more than one shot of that area – but it was too late. So. That’s why even though this was the most impressive house on the tour, I don’t have as many shots of it.

This is the house, by the way, that was a private school for awhile, and was also used by a local church for a time. It was built in 1913 and sits on a double corner lot. It is beautiful, but not cold or ostentatious; it is still homey, but definitely more of a show home than any of the others on the tour. 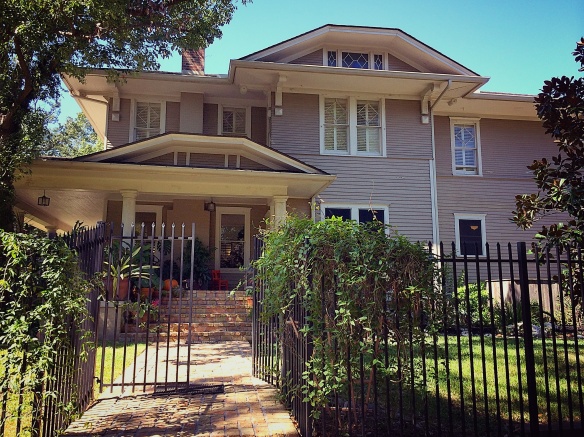 I would love to show you pics of the servant’s quarters in back, but I deleted them. 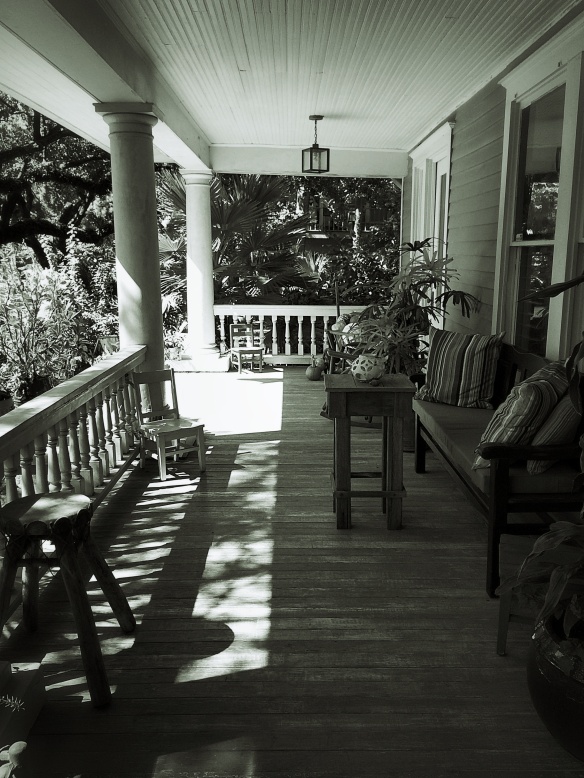 So many fabulous wraparound porches on these houses.

I can’t recall if that’s the front or back door to the house. I guess it’s the front door, since there are so many people using it.

I loved this little study area: 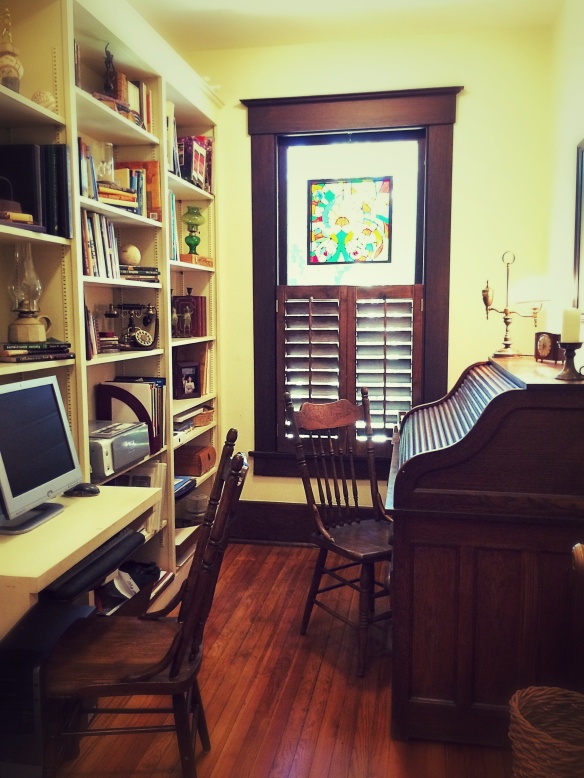 The smaller the space, the better, as far as I’m concerned.

Lots of little antique touches in this one, too: 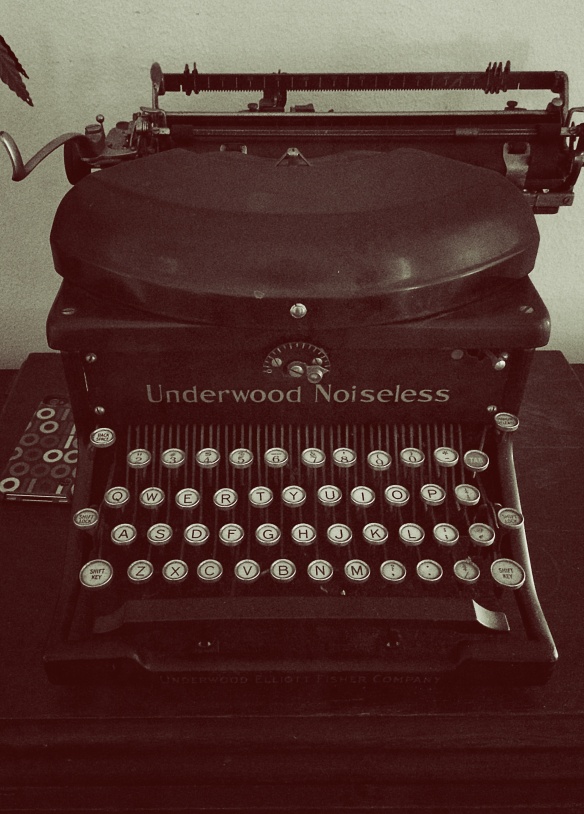 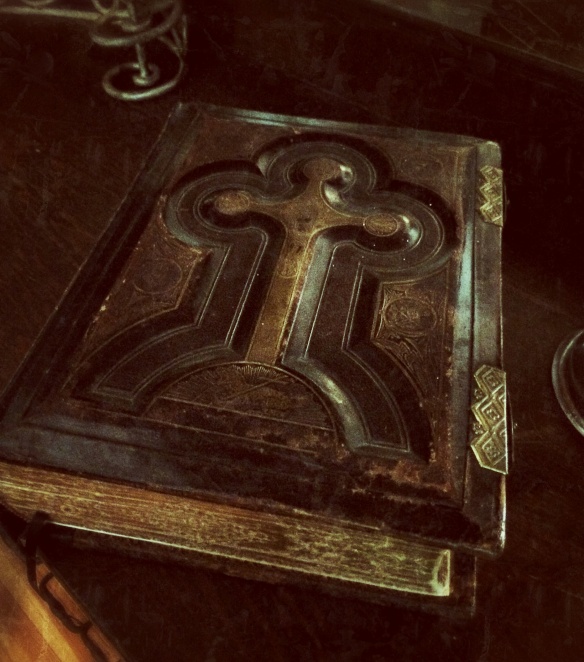 Two shots of the den: 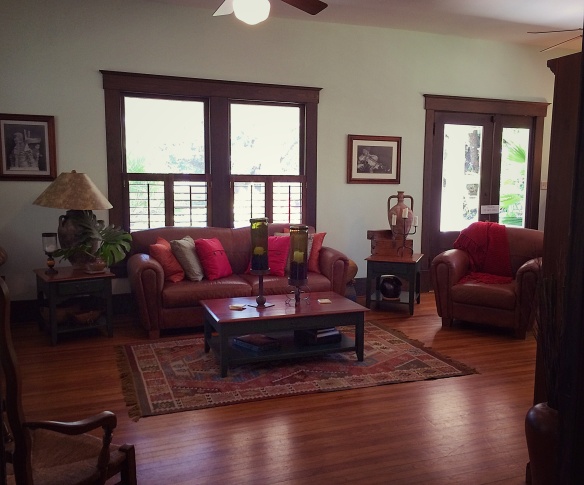 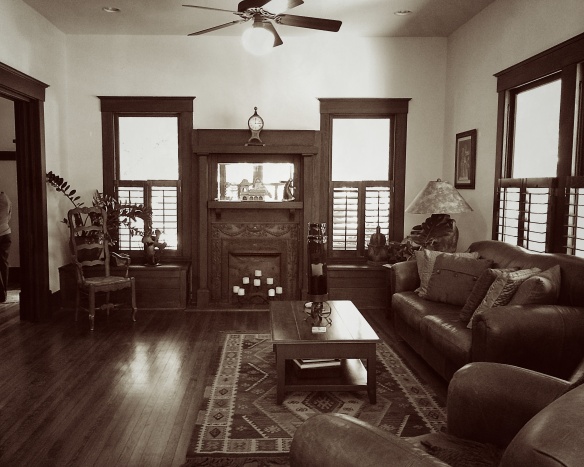 They also had a lush backyard (this pic was taken through the window, though – they didn’t want anyone going back there): 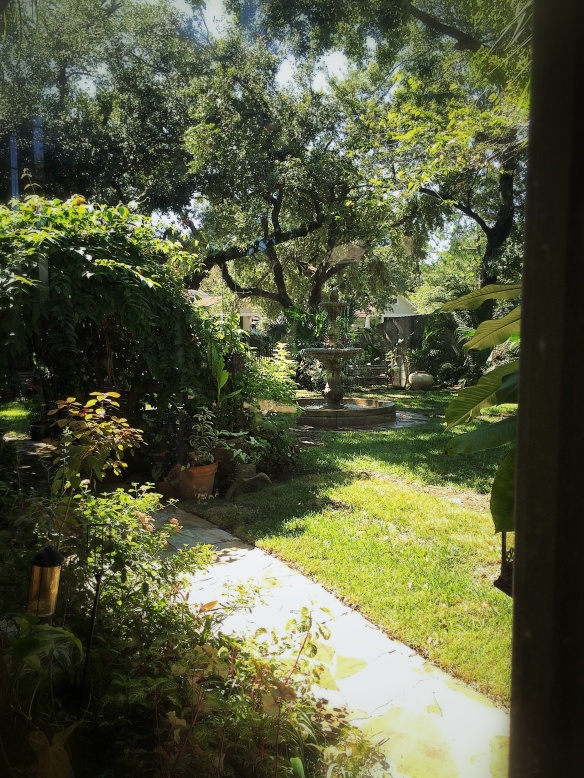 This is another outdoor shot, but in looking at it just now, I realize it’s actually from a different house – I just don’t know which one: 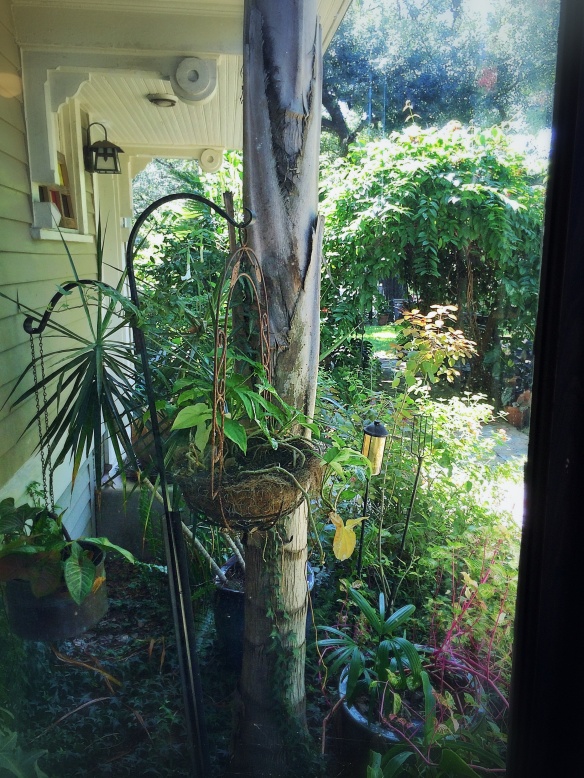 Prepare to ooh and aah over this kitchen, it’s pretty gorgeous: 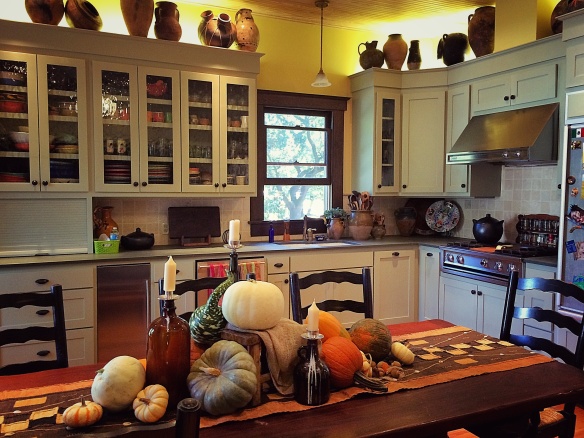 And here it is, my favorite part of this house, which I really wish had more photographic representation. But one shot will have to do. This is a sunken sitting room off to the side of the house. I love the tile, the high ceiling, and all the windows. If this were my house, I’d put up police tape and never let anyone else in. I’d also never leave. 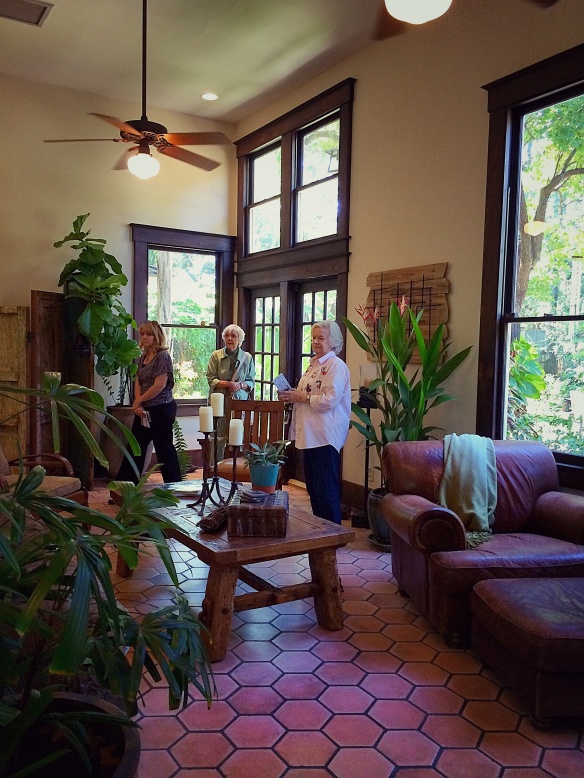 I have no idea who these women are or why they are in my sitting room. They must have cut through the police tape.