OK, so here’s the rest of my airplane photos! I’ll start with what ended up being my favorite one, but I’m also going to throw a little whining into the commentary that has nothing to do with airplanes: 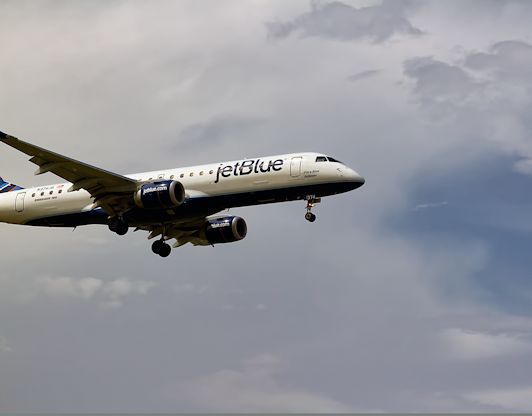 Even though I failed to get the entire plane in the frame, this was my favorite shot from Saturday. I think the sky really makes this one. It was pretty cloudy, so in some shots the sky was flat and white, but there’s some nice drama to the clouds in this one.

I’m never as interested in the far-away shots, but lots of people do take them and upload them so I thought I’d process a few and see how they fared. My poor little airplane pics do not generate much interest on Flickr, but I’ve noticed the photographers I follow who upload nothing but plane photos don’t get many comments either. I guess there’s not too much to say about them really. It’s a pretty narrow interest, so you either care or you don’t. Having said that, let’s upload more photos none of you care about!

Another JetBlue! I actually took some time last night to upload some plane shots to my Getty Images page, as well as several other shots that do not require model releases. I have 19 for sale through my account right now, and have only ever sold one; it looks like I can upload as many as 50 each week so I really need to make it more of a habit to do that. My goal is to update my model release this week and submit some more portraits too, but they are such a pain to fill out. Still, the one shot I sold was a portrait, and it was my portraits that initially got Getty interested in my work, so yeah, I should get on that. 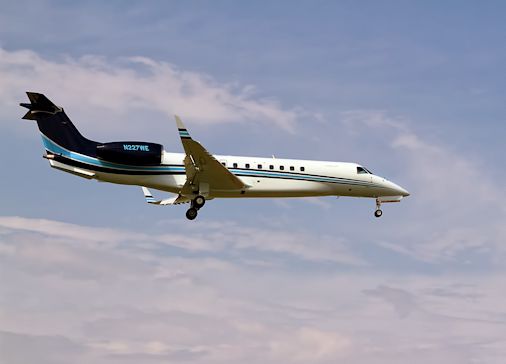 There’s nothing really stopping me from  filling out model releases right now anyway; in fact, I am feeling rather bored the last few days and it’s bumming me out. I think it’s because we are doing so much work to the house that involves a LOT of sitting around waiting for people to show up, which makes me anxious and restless. It seems like every day there’s some new appointment I’m sitting around waiting on, if not having to rush out and fulfill. Lots of doctor stuff too, and in fact, I need to call my GP back and tell him the steroid treatment was a fail because as soon as I was done with it the arm started hurting again. But then that’s yet ANOTHER appointment for me to kill time over. Bleh. 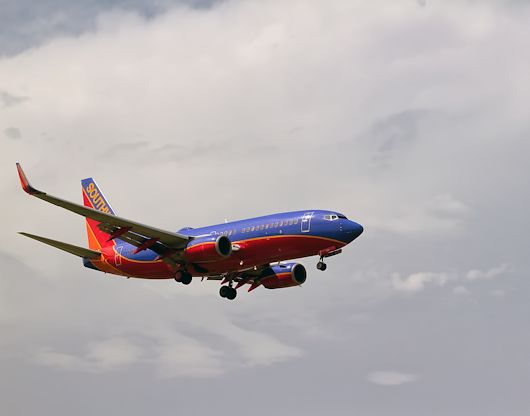 Another big frustration right now is the carpet installation. Last week Doug and I went to the showroom that did our last install, took home some samples, picked the carpet we wanted, went back to the showroom, signed a contract, and wrote a down payment check. Then a few hours later, while I was out shooting planes, the salesman called me and said he was ‘concerned’ about a few of the measurements and wanted to come by the house that evening to double-check them. I was busy at the time, so I just said fine as he claimed he was trying to ‘save us some money’ if possible. He came by later that day, re-measured, reassured us everything looked good, then left. Then Monday afternoon he called me on my cell to inform me that the original measurements (the ones that were used to install carpet last time without any problems) were completely wrong, and had in fact left out our entire master bedroom, so our total cost was actually ONE THOUSAND DOLLARS MORE than the quote on our contract. Sigh. 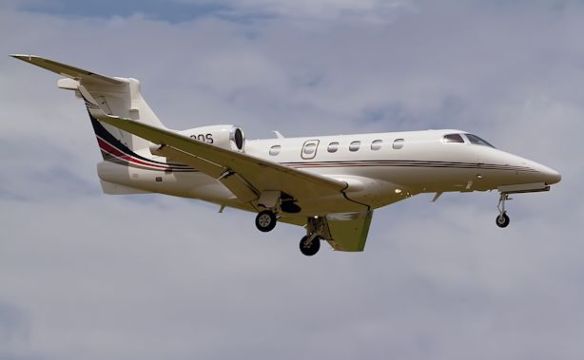 I do like this one, even though it’s a little private number

We demanded to see the original measurements as well as the ‘new’ ones that included the ‘missing’ bedroom, and the salesjerk promised to scan and email all that to us by the end of the day. Of course, we received nothing. So now we get to call him back tomorrow and fight with him to get what we are rightfully owed, which is carpet for the house at the price given to us on the damned contract. I don’t know why things always have to get so nasty when it comes to dealing with home repairs; we try to be upfront with people and pay our fair share without demanding unrealistic discounts or accommodations. But no matter what we do, some snake tries to cheat us out of more. I don’t get it, and I swear customer service in this regard is getting worse every year. There was a time when, IF a salesperson made such a huge mistake as to mis-measure an entire house (and that’s a big if as I think the guy is just trying to swindle us) he would have honored the original quote he gave us because the mistake was his, not ours.  But no longer. Now everything is a fight and if you as a customer aren’t willing to get ugly, you get ripped off. So, ugly it will be. Sigh. And we’ll probably have to cancel the down payment check to this showroom and start all over somewhere else. Now you know why our current carpet is in the state it’s in. Every time we try to get it replaced this is the sort of dishonest dealings we have to navigate, and I get angry and disgusted and give up.

So I’m in a bit of a funk right now, because I’m usually so mellow and satisfied with my summer vacations and that isn’t how this one is turning out – but it is what it is, and just I’m rambling. Enjoy the plane pics people! Or don’t, whatever…

12 thoughts on “Some Time to Com-Plane”