Last week my blogging friend Beth Byrnes wrote about her experiences using the Topaz Labs editing software, so I wandered over to their site to check out what they had to offer. I didn’t buy the entire package, but I did pick and choose a few plug-ins for my Photoshop CS5 to try, so I’d like to post my results here. I used all of these plugins in conjunction with my awesome RadLab plug-ins; the one named after the company (simply called RadLab) has become my primary processing package. The ease with which I can brighten, sharpen, and otherwise tweak a photo to perfection is beyond impressive, and I wasn’t willing to leave it out of the process when working with my new Topaz stuff, so I’m giving credit where it’s due here. Moving on.

First up is Topaz’s Clean plug-in, which I used as a new way to soften and even out skin tones in portraits. I may have overdone it just a little here, but I am liking the results I can get out this and can easily tone it down a little to make the skin appear more natural. Of course, I have before and after shots to share – the original shot is up first (and by the way, all of the shots I worked with here are older ones; I haven’t had time to do a new shoot since my last photo post): 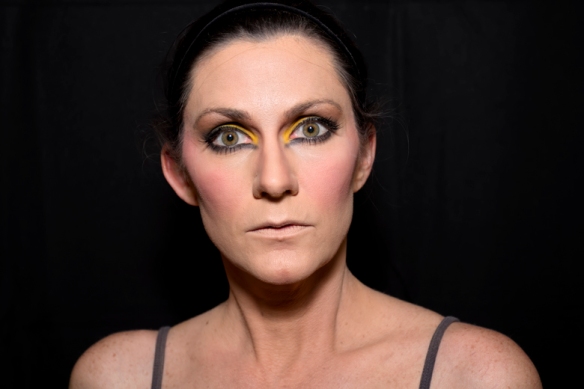 And here it is after some RadLabbing, and then using the Topaz Clean plug-in to smooth out the skin:

I love the way RadLab makes colors and light pop, and the Clean plugin is a much easier way to get smoother, more even skin tones. Really happy with this one – the only thing you have to add to get the right effect here is a layer mask, so you can selectively apply the skin smoothing, If you don’t do that, the filter will smooth out all the lines you don’t want softened along with what you do want to be softer – like the eyes, eyebrows, and lips – so you have to take those features out of the equation with the mask. You can either create a layer before going into the program, which is what I did, or you can create a mask inside of the application (which I was too lazy to try). Either way, really nice effect here.

Next up was the another filter inside the Clean program, called “Cartoon.” Another before and after here: 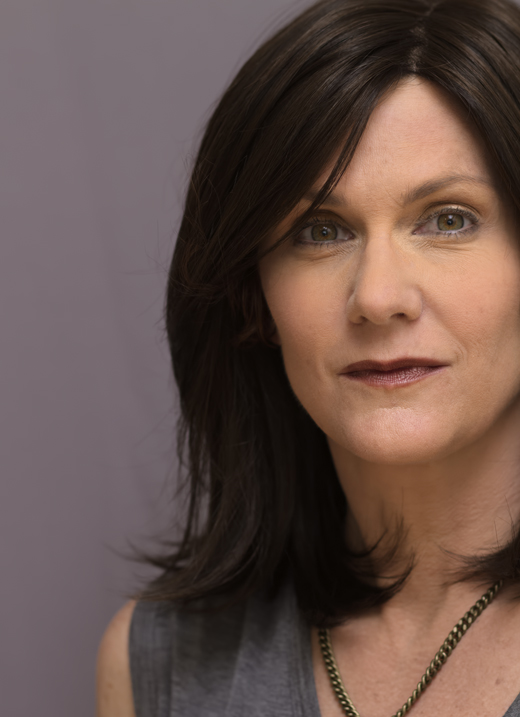 I’m not sure how obvious it is in the after photo, but aside from using Clean’s Skin Smoother to even the skin out a little, I used the Cartoon option to give an animated look to the lines and edges. The filter creates a bit of a more flat look to the color as well, as if the entire photo has been painted over. I wasn’t able to bring myself to totally over-do the effect so it was really obvious, because I’m more into using plugins and filters to enhance rather than to alter, but I think you can still see it here. Oh, and anywhere you see textures added to a photo in this post, that was done using RadLab’s Dirty Pictures application, again using a layer mask so the texture was only applied where I wanted it to show up (I usually remove textures from the face, if not the entire body).

Here’s another attempt to use the Clean’s Cartoon filters, while using the Topaz Clarity plugin to give the photo more pop (and again, always using RadLab for tweaking as well). This time I went with an old jump shot: 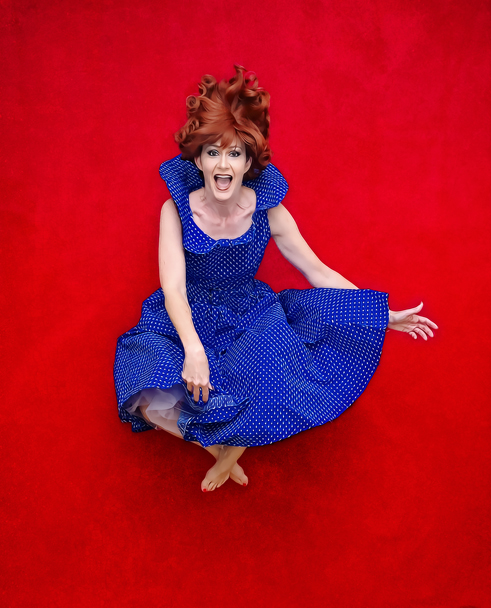 I think the exaggerated cartoon edges are more obvious here, but again, I can’t ever bring myself to really overdo them, so I hope you can tell how it works. I really like how the “cartoon” effects smooth out lines and create something just a bit artificial without going overboard, and Clarity gave me some great color punch. I again used RadLab’s Dirty Pictures plugin to add texture to the background.

Now, this next plugin I was hesitant to purchase, but since the three or four I bought upfront were working out nicely, I decided to give it a go. It’s called InFocus, and mostly it is another sharpening tool, but as big a stickler as I am for sharpness and clarity, I am never opposed to adding another such tool to my processing bag anyway. But I wanted to see if it really could do what it claims to do and effectively add focus to an out-of-focus shot without creating harsh lines and demarcations. The answer is probably – I have only barely skimmed the surface of any of these programs and stuck primarily to the presets, so I am sure with more time and work I can get good results out of this. For now, let me show you my best example of InFocus, with a before and after, but know that the difference is pretty subtle:

When strictly using presets, I found that InFocus worked best on shots that were not too close-up and had smaller detail; it also worked best on slightly out-of-focus shots. I tried one that was really blurry, and it only improved it marginally – I tried another one that was a close up of my eyes taken with a macro lens (final edited result is at the end of this post) and it also didn’t make much difference. Again, this will probably improve as I get to know the program better, but I do think you can see a difference in the after shot above if you really look closely. It’s definitely sharper, without having a lot of harsh edges and lines.

Let’s move on to another plugin using the same photo (because it would be rare for me to just use one plugin at a time for anything, and keep in mind I’m RadLabbing everything here too). This one is called ReStyle, it’s focused on color filters, and has loads of them to choose from. I can’t quite recall which filter I used here, but I think it came from the “Underwater” color filter category:

I did also use the Clean filter to smooth my skin here, as well as some Details to add even more sharpness. In fact, I sharpened the hell out of this photo and it still lacks the scratchy edges an over-sharpened photo tends to have. And I love the Underwater color filters from the ReStyle application, all aqua greens and blues with some neutrals thrown in – there are some really lovely color options with this plugin.

OK, one last program to discuss – here’s the Lens Effects application at work:

With Lens Effects, you can add motion blur, as I did here, as well as adding bokeh, split prism, fisheye, polarization, and loads of other magic tricks. I also used a color filter from ReStyle as well as an Analog filter and some light leaks from my rarely-mentioned yet often used Nik software package, and who knows what else. So here you can see what you can do with all this stuff mashed together in  one photo. Here are some more examples of me just going to town with everything: 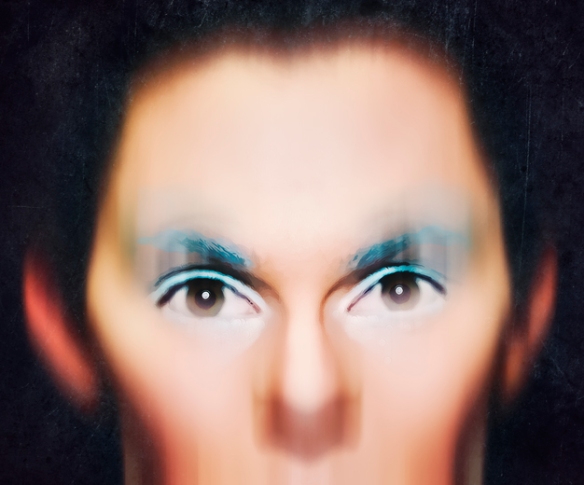 That last shot is the blurry one I mentioned trying to re-focus using the In-Focus plugin, but it didn’t improve much so I just messed with it to hell and back, which is pretty much what I did with everything here. It’s been fun to play around with, and wouldn’t you know it, as I was goofing around in Photoshop today I got an email from RadLab that they are having a Black Friday sale, with everything in their online store going for 35% off. I already have two more programs loaded in an online shopping cart over there, because I really love the RadLab software I’ve tried so far and am itching to get some more new toys – the two Replichrome plugins, the Pro Retouching, and the TRA2 Actions ones, if you’re asking. If you’re interested in trying anything out from them, use the code BLACKFRIDAY2014 to get the discount; the plugin named RadLab would be my recommendation, as it’s become indispensable to me.

That’s all for now, but I may have more to post later in the week. I’d like to try some of these filters out on non-portraits to see what happens. And I’ve got some new RadLab technology coming on Friday, so lots to play around with right now! And I am considering hitting up the observation area at IAH tomorrow, since it is the busiest travel day of the year and all. Just wondering how much traffic I’ll have to sit through to get to it. And of course I’ll have to check and be sure the good runway for photos is in use. so we’ll see if I get to do that or not. Happy Thanksgiving to all of you who celebrate it, if I don’t post again before Thursday!