Lots has gone in the past week, and even though I’m in the midst of a four-day weekend, it hasn’t been very relaxing. But, I’ll update you anyway, and throw in a bunch of random pictures I’ve managed to edit over this crazy week. Haven’t had time for any new photos, but I did take a ton over Christmas break (and as you can see I still have a ton to edit from my airshow set back in November) so let’s get to it. 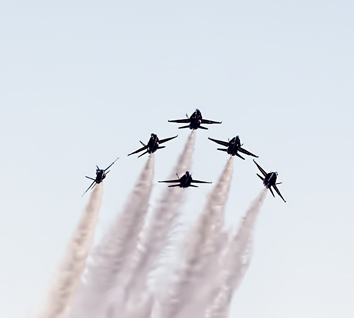 Sprocket started behaving strangely Wednesday afternoon; he was moving about gingerly, especially when going to sit or lie down. Sometimes he leaps about too much and temporarily pops a knee out of joint, but it manages to pop back in quickly (gross I know) so at first that’s all we thought was going on and he’d be back to his usual sprightly self in no time. But by Thursday Doug was growing concerned, and he texted me to say he was taking the dog in to vet that afternoon. Turned out Sprocket’s temperature was quite high (106) and he appeared to be in pain around the spine. The vet recommended we bring the dog back in Friday morning for some tests that he would send to a specialist for analysis, and based on that we would decide what to do next.

I’ll keep the details brief because it all became a blur anyway, but it was late Friday afternoon before the specialist called us back and recommended we take Sprocket in for the night to be monitored and have more tests run. We rushed him up there around 5 PM, and after spending some time with the dog, the specialist (a veterinary neurologist) said she believed he had an infection that had manifested itself in his joints, and that he was basically in pain all over. Poor thing! She thought there was a slight chance of Lyme disease and tested for that too, but we don’t have the results yet and are fairly certain that’s not what he has (he’s never outside long enough to get anything like that). Anyway, the upshot of all this was that whatever he had was treatable, and he was not in any danger of dying, which of course was our concern. Sprocket stayed with the vet overnight and was back in our care by Saturday morning, but he was on a fair amount of pills, some of which made him goofy. By Sunday he was more bright-eyed, and his temperature has stayed down, but he still requires a lot of attention and care, and he’s taken up a lot of our time this weekend. 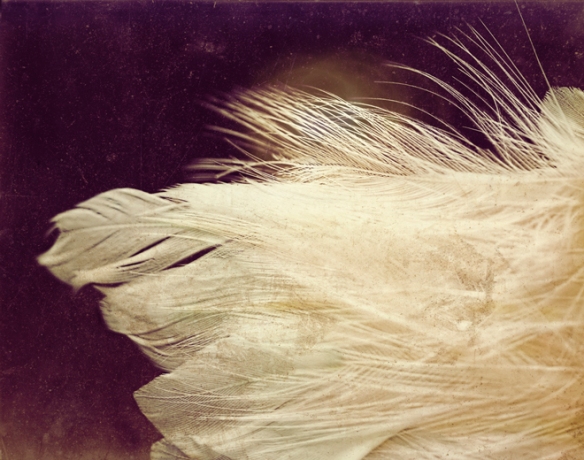 Without getting too much into it, though, I have to discuss this specialists’ clinic where we took the dog Thursday. I’ve dealt with them  before – they are the ones that nursed Sprocket through his distemper, as well as taking one cat there when she fell ill to be put down, and a few other specialty treatments over the years, one for a dog who had cancer, and another for Sprocket when we were concerned about his knee problems and thought he might need surgery (we decided against it because the specialist and our vet could not agree on a diagnosis about why he kept limping). Every time I’ve dealt with this place, I’ve come away from it feeling like I got mistreated and overcharged; they are terrible at communication to an extent that it feels it must be intentional, and I always get the feeling I’m being scammed and/or given a runaround. In fact, every time I do deal with them I end up swearing to never go there again, but there’s a catch: they have a load of specialists in their facility and they are basically the only game in town for specialist treatment for our pets (with the exception of driving over an hour through heavy traffic to another specialist clinic across town). Since they didn’t even bother to call us back until late Friday, we really didn’t have a choice but to use them – something I suspect was intentional. They basically called us at 4:30 and said they could take Sprocket, as long as we got him there by 5 PM. So, what were we going to do? We had to take the chance.

And, they were still shady. We knew enough to demand proper service from the beginning, and at least we got that although we had to sit around for about two hours to make it happen (the people in charge at this place are very good at never being available to sit down and talk to you – they prefer you talk to a lab assistant who takes notes and then delivers those to the vet, whom you only speak to briefly). We finally got to speak directly to the vet, who at least appeared intelligent and confident, but when we starting asking pointed questions about how many times we could expect to get an update on our dog and when exactly she would have an answer regarding a pick-up time for Sprocket the next day, she got visibly nervous. You could tell she wasn’t used to people doing anything other than bringing in a pet and leaving it in the hands of what they believed to be trustworthy veterinarians. But we were very clear that we hadn’t always gotten good service from the place, and wanted to be sure we got it this time. We did get good service, in fact, and our dog got a lot of attention – but that is only because we demanded it.

Now for the really shady part: after talking to us for awhile, the neurologist sent in her assistant to show us the estimate for Sprocket’s stay. We were given a “high” and a “low” estimate, then told we would be paying the “middle” between these two costs that day, before they’d done any work on Sprocket at all, and before we even knew whether or not they’d be able to help him. Out of curiosity, we asked the assistant what the clinic would do if we refused to pay upfront and said we wanted to pay after services were rendered, and of course she didn’t really want to respond with the answer, which was clearly yes. Now to me, demanding payment upfront when your clientele is pet owners who are, in many cases, beside themselves with worry over the health of their pet, is bad enough; to refuse to treat a sick animal because it’s owners won’t (or can’t) allow themselves to be forced into paying in advance is unethical as hell. Our “middle” estimate was three thousand dollars, which after much arguing and grumbling we paid; I get how people do not want to haggle like this when it comes to their pet’s life, but at the same time, this practice seems vile to me, and well, someone has to point it out to them rather than just doing whatever they say.

Also, on our estimate, not one line item was an even dollar amount, yet when we got our “adjustment” on Saturday before paying the bill, we were told that our refund amount was four hundred dollars even. We pointed out that was odd, given that none of the charges on our estimate were an even number, and asked to see exactly what it was that they removed from it. Not surprisingly, no one was able to explain what they’d taken off, and then, as we were still haggling with them over this, another guy came to get his pet out of the clinic, and they adjusted his bill as well – by four hundred dollars. So, I’m guessing they just overcharge everyone who walks through the door, then refund them four hundred bucks and hope no one questions it. Well, question it we did, but we were never able to get anything straight and were given a phone number to the manager of the clinic, who of course was not available on weekends. We are definitely going to be calling that person, and deciding what to do next with what we experienced. It isn’t right to fleece people who are trying to be responsible pet owners and take emergency care of them, and even though the treatment these animals receive is, in the end, successful, that simply doesn’t justify behaving kinda like scumbags when it comes to the cost.

On top of all that, I’ve injured my knee again doing nothing much whatsoever, so I had to go to the doctor for that (also Wednesday) and then had a mix-up over what medication the doc was to call in for me. First he called in the one anti-inflammatory med that makes me sick, so I had to call him again to get him to prescribe a new one, and that took me two days to straighten out; when I went to pick up the second prescription, I had once again received the wrong one (!), so I spent two more days trying to get that changed again. And, this is my second round of anti-inflammatories overall  and so far nothing is making much difference, so I’ll probably end up at an orthopedic specialist getting MRIs or x-rays at the end of all this. Sheesh! What a week.

Monday I go see another doctor, then run errands. Then, it’s back to work for another week. There’s been drama there as well, but at least it’s not directly related to me this time. Perhaps I can talk about it at some point, but for now I’m staying mum. Let’s see how things go this week!