It’s been a weird week; things started out slow but sped up as the days went by. By the end of the week I felt rushed and slightly behind on things. There’s strange drama going on at work that I barely understand and can’t really discuss; but a lot is unknown and many people are on edge. Not me so much, but people I know are, so I get it secondhand. Anyway.

I’ve also been up to my eyeballs with two different, but related, sets of reading material: the first one is the true-crime book “Deliver Us: Three Decades of Murder and Redemption in the Infamous 1-45/Texas Killing Fields,” by Kathryn Casey. Why would I be reading such a thing, you might ask? Because these murders all took place in the area of Houston where I grew up and lived until my late twenties. I vivdly remember some of these murders, especially the girl who went to my high school (although she was killed in the 70’s, well before I was a student there) and the murder of Shelley Sikes, whose parents kept her case in the news by embarking on a massive advertising campaign that finally brought their daughter’s killers to justice. I remember driving down to Galveston with my friends and seeing the huge billboard with her picture, and while reading the book I remember hanging out at all the same locations where the murders took place or bodies were found. These all happened on my old stomping grounds, so it’s surreal to read about them in this context all these years later. 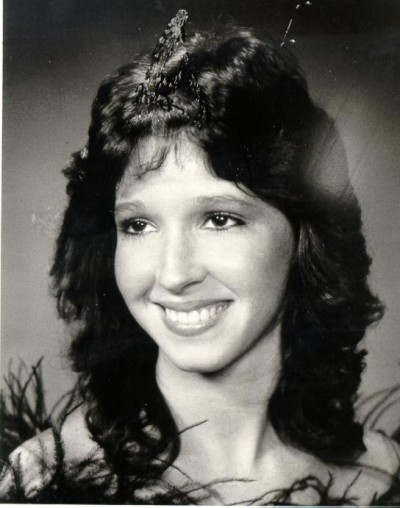 My other reading material comes courtesy of the South Belt Digital History Archive, where the owner of the blog has recently uploaded and compiled a massive amount of information about the Brio Refinery disaster that eventually resulted in the destruction of an entire neighborhood where many of my friends lived. My neighborhood was nearby, and I spent my entire childhood hanging out with friends in the area that was eventually razed due to ground contamination. This came, of course, after decades of false reports and denial by the company as well as the EPA that anything was amiss on their property – this in spite of the huge pockets of tar that would spring up on the baseball fields where my friends played as kids, and in spite of the alarmingly high rates of birth defects and cancers occurring among residents of the community. 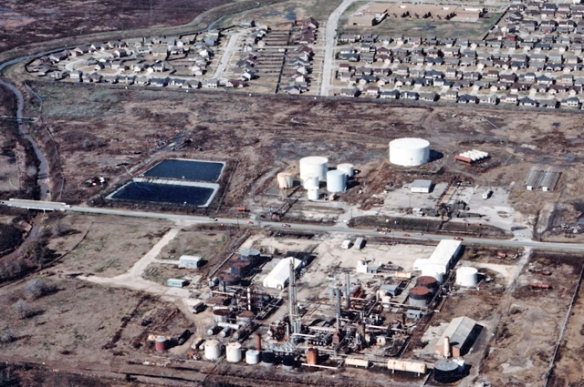 Yes, they built houses right next to THAT. But the government swore it was safe as, well, houses.

Reading these two collections of childhood tragedies affecting the people and places where I grew up has been fascinating, but also quite sad and disturbing. I can’t really describe how overwhelmed I get seeing the photos of what happened to the South Bend neighborhood that I remember so vivdly as a normal, supposedly safe suburban community, and well, topping that off with stories about murders that took place right up the street from places where I partied and worked as a teenager culminates in a particular sort of funk that is difficult to overcome. I keep feeling struck by how disposable we all were back then, even though we certainly didn’t know it, and how my childhood is too; it’s beyond bizarre when it really sinks in that an entire neighborhood where I spent my time back then literally no longer exists. It’s been obliterated entirely, and all that remains of it is a few creaky concrete streets and a lot of NO TRESPASSING signs tacked to chain-link fences. It represents to me, I guess, that we really were much smaller and more unimportant than we thought we were, and we were really never safe, even for an instant. And of course, we’re no safer now, none of us are – but I’m an adult now, so I expect it. It just sucks to have no place to hide my childhood memories from that ugly reality, but there it is. Moving on. 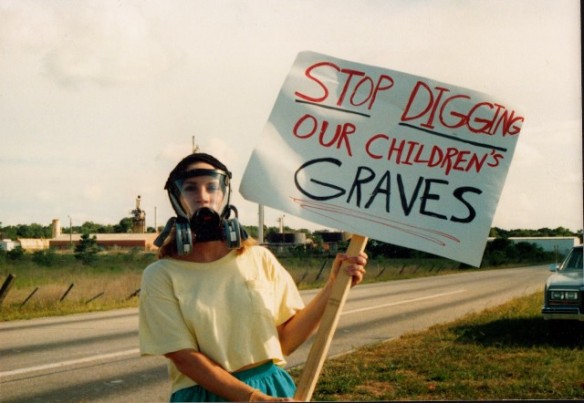 Early protesters of the Brio refinery. Our little local newspaper, the South Belt Leader, eventually won accolades and awards for its dogged reporting of the controversy surrounding the plant, even when threatened with lawsuits (or worse) from the refinery 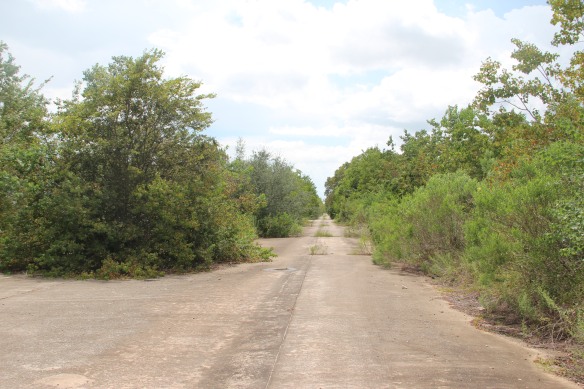 Needless to say by Friday night I was pretty frazzled, between weird work stresses, busy nights, and depressing stories about old neighborhoods destroyed by greedy chemical companies, but I was not quite ready to go to bed, and at some point in the evening I hit upon the idea to take some older self-portraits and use them to illustrate my inner state. Since I was feeling frazzled and sad, could I take a portrait and communicate that by messing around with the processing? Well, I’ll let the results speak for themselves: 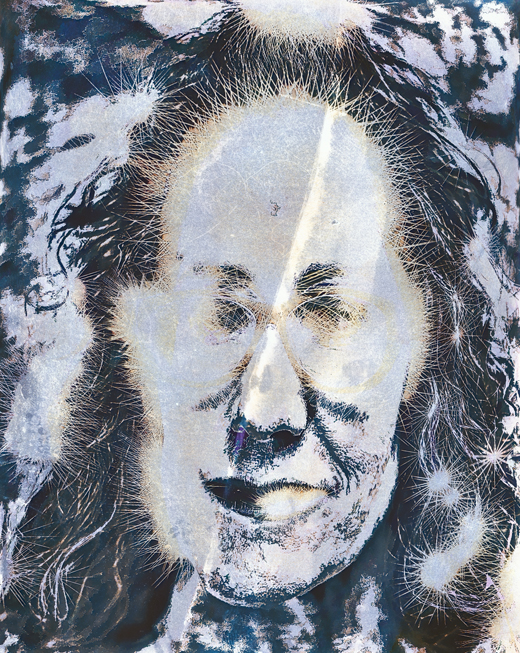 After editing this one, I realized it looked amazingly like how a migraine feels, which is why I titled it “Migraine City” when I uploaded it to Flickr. (Sidenote: since July, I have had three episodes of migraine aura without headache – something I used to have quite often in my late 20’s and early 30’s but went almost ten years without experiencing at all. Because there’s a slightly higher risk of stroke in women who have migraine aura, I’ll have to get in touch with my ob-gyn and change my birth control subscription to a progestogen-only pill. I’ve had to do it in the past and it’s not too much of a problem, but I still prefer the one I’m on now and am a little bummed. Oh well).

I edited the hell out of this one using Nik Lab’s photo plate filter and Topaz’s motion filter, among other things I can’t remember: 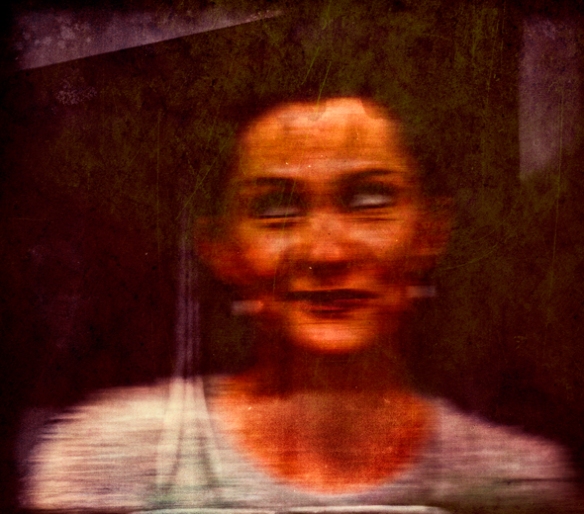 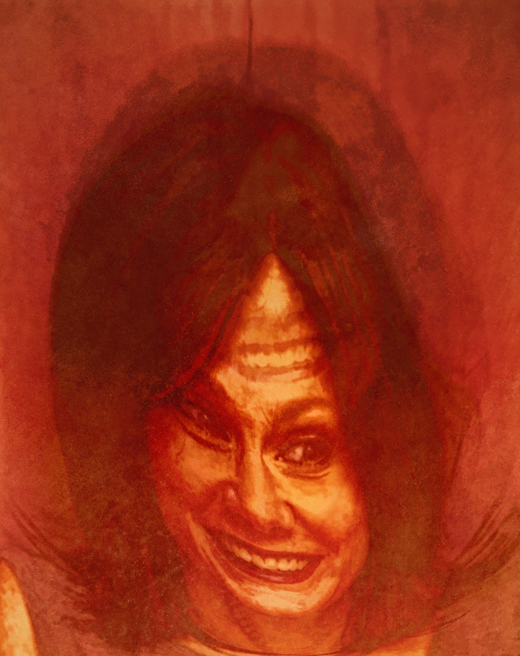 This reminds me of Ralph Steadman’s illustrations for Hunter S. Thompson

I kept going with the ugly-myself-up strategy until I hit on something kind of cool: I maxed out the detail on this shot to emphasize every wrinkle and freckle and sun damage spot (why, I don’t know) and at some point in all the editing I was doing, I pulled up the Topaz star filter tool and came up with something rather cool: 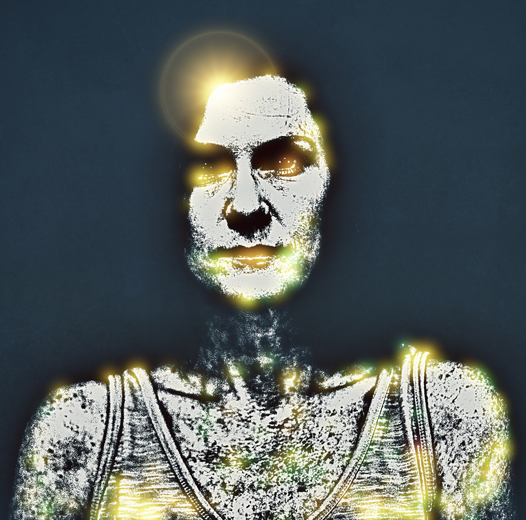 There was some robotic and spacey about this one that I liked, so I started incorporating the star filter into everything I did from this point forward. I never got as much of an effect from it with any other photo than this one, but I did still get some interesting results: 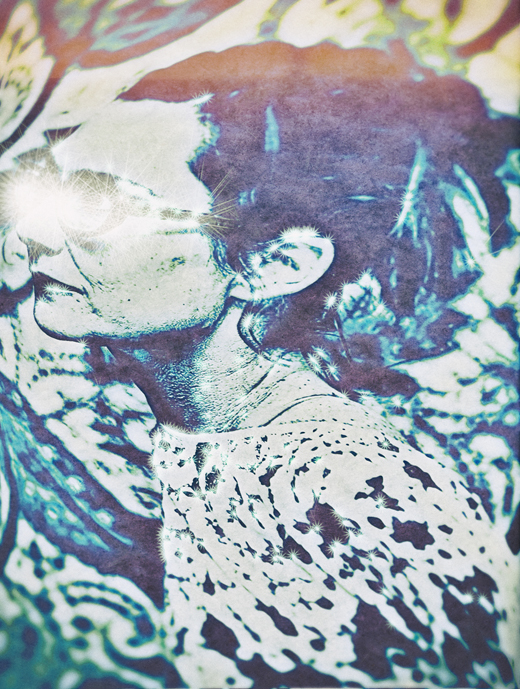 I did all of the previous ones Friday night, then got up Saturday to work on another. Unlike the shots I played around with Friday, I was actually meticulous and careful with this one – I really threw them together without much attention to detail the night before as I was just goofing around. This one took several hours, and utilized Photoshop, Topaz and Nik software filters as well as RadLab, and a bunch of Pixlr filters for the background effects. I really liked it, but it took a hell of a long time to do: 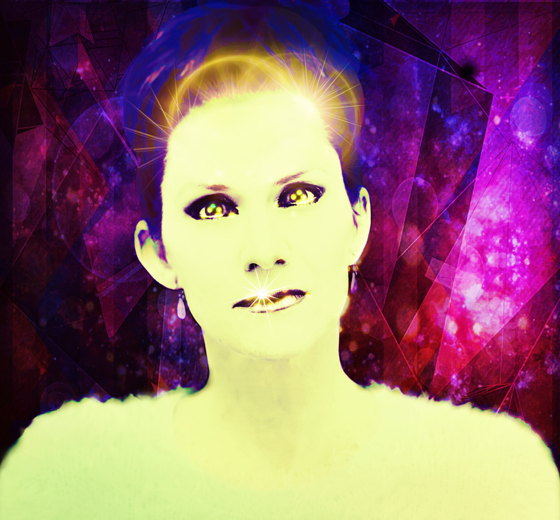 I don’t even know how many Pixlr overlays are in that background; I bet there’s over 10 going on back there. Before I wrapped things up to edit a few more plane photos (to be shared in a separate post), I decided to play around with one more doll: 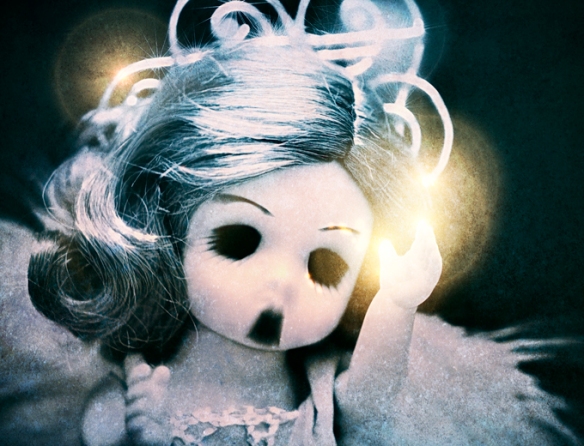 Creepy enough for ya?

So there you go – some very different self-portraits from the last ones I shared. In the end, what started out as an attempt to represent my inner distress in an outward manner turned into just more having fun with photos, so I guess that’s a good thing. And as the weekend progressed, the pictures got a bit prettier, so perhaps the process helped to lighten my mood. But – I just learned of a recently-published book titled “Friendswood,” loosely based on the Brio refinery catastrophe, so perhaps more mild depression is on my horizon…actually, it’s rather nice to see the whole thing finally generating some interest, as I remember at the time that outside our little neighborhood no one much seemed to care. So I’ll consider it a good thing and move on.

As I said, I have loads more plane photos to share, but as my week got busy I ran out of time to process them, so they’ll have to get edited later. Today of course is Super Bowl Sunday, which means nothing to me except going to the grocery store late and enjoying being the only one there, but if you’re into all that crap, enjoy it I guess.