Ugh, terrible title, sorry. I’ve written so many posts with hair-pun titles, it’s either start to repeat them or just go for awful. I think you can see which route I chose.

And now you can also see that I finally got my hair cut and colored into some sort of STYLE. With the exception of the roughly 4-6 months I enjoyed having a perm, I’ve not had hair I actually liked for almost 5 years now. My initial goal was to keep growing until it was at least mid-way down my back; but as it grew I began to realize that my baby-fine hair was never going to look on me like one of my Angelicas or Brandis, and that going beyond shoulder-length was not the best use of what I’ve got. Then, once I decided to bob it off, I also decided I didn’t need to keep worrying about damaging my hair with a dye job, because it’s short enough that any damaged ends can just get trimmed off without too much trouble. Getting this effect took two tries, though; because the first time the dye didn’t take and the stylist left too much length (not her fault, I originally chose a style that was a bit too long). I went back two days after the initial cut and color and we tried again – and I have been thrilled with the results so far. 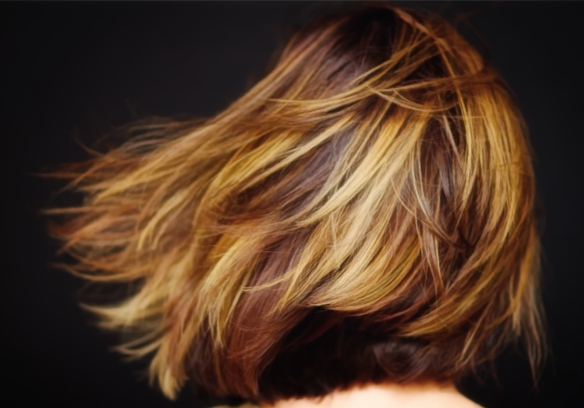 Finally I eliminated that awful shoulder-length hair-flip I had going on, and my hair actually looks like a real style. Chopping off a few inches really gave my hair the little bit of bounce it needs (and the dye helps as it makes my hair a little more coarse) and the color, I think, is going to satisfy all my wig-friends who are constantly reminding me that even though my bio hair really is that dark, when I choose wigs that closely match it the effect isn’t the best. In other words, your natural hair color may be dark brown, but natural just doesn’t look that good on you. It was really miss Robin by Noriko that sealed the deal for me – I loved those highlights in the Chocolate Swirl so much that it was the day I got that wig when I decided to color my hair again for certain. Moving on.

I have a few more edited photos to share, but not many – it seems that in the last full week of my summer vacation, I finally decided to get out of the house and venture out into the world, so I’ve spent this week meeting up with friends all over town and even doing a little shopping. This seriously has not happened all summer – for the most part, I’ve stayed up super-late (4 AM at most) and slept in late (getting up around 9:30) then sat around in my pajamas all day catching up on documentaries and editing photos or videos. Seriously. I’ve never done so much nothing for so long in my life, but I guess I really needed that sort of rest, because it hasn’t bothered me at all. Obviously I also filmed a TON of videos and took lots of pictures, but still – both of those things can be done in at least half of my pajamas (I may be wearing a lovely top in my wig vids, but below the waist it’s strictly sweatpants, trust me. And bare feet. With a rock plopped down on the floor between said feet, so I don’t start shifting while I’m talking and turning around to show the wig, which would move me out of focus because my camera has no autofocus. Ah, the glamour of the wig reviewer). 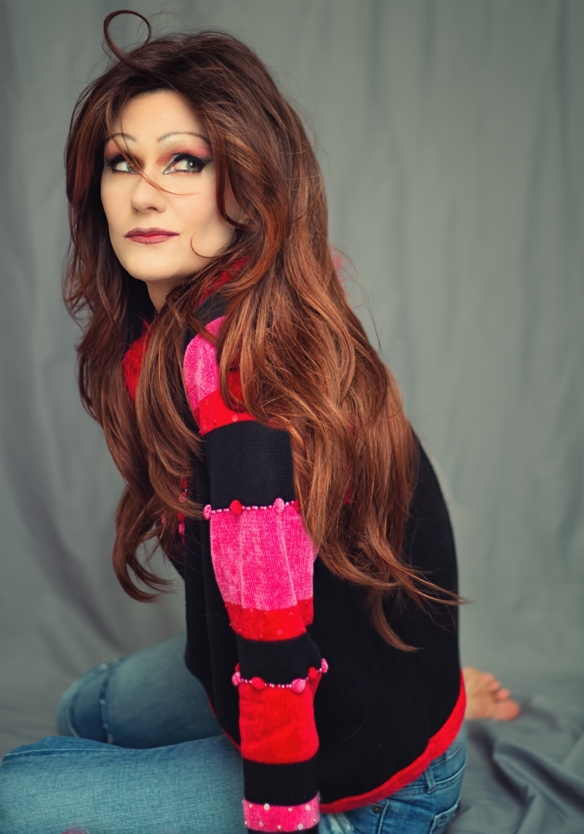 I did film reviews for my new Angelica, Seville, May, and Code Mono, so those will be uploaded soon. And I still have a Stevie by Amore that I got in the mail Monday and have not even taken out of the box – which proves I’ve been busy because usually, I will rip into those boxes as soon as they arrive. I think being happy with my real hair now is part of the reason, too, since I’m less consistently inclined to cover it up right now.

How short my hair was when I started

My birthday came and went without much fanfare, as usual, except as I pointed out to Lana I’ve been basically buying wigs with abandon all month and claiming “birthday present” with each purchase, as well as putting yet another Fendi Spy bag on layaway. And in case I forgot to mention it, another Stitch Fix came and went without so much as an iPhone photo, because I decided not to keep anything and I didn’t think I’d have enough time to take decent photos before my three-day window to ship them back passed. It was a nice enough fix with only one thing I didn’t like (a mini-dress), but with all the wig-shopping I’ve done this month I decided to just let the whole thing go. I do kind of regret the olive-green lace biker jacket I sent back though; it was really cute.

Modified version of an above photo – not sure why I like this weird edit, but I do

I’ll be honest, I don’t have too much more to add here and am just throwing in words as filler between photos. Thank you for reading. 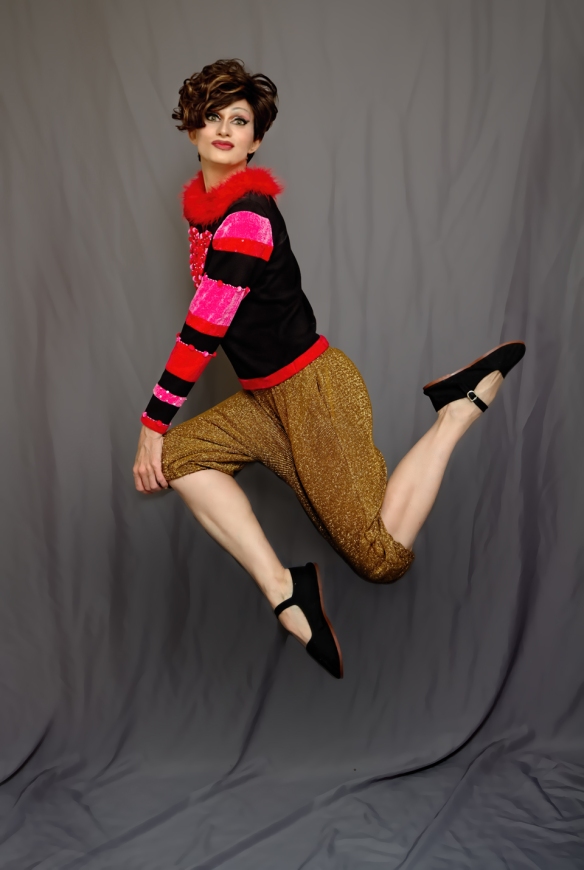 This was not a leap – just Photoshop levitation trickery