I mentioned in my last post that I was headed out for my yearly visit to the Villa de Matel Ruah Center in Houston. I’ve written a lot about the place, so I won’t go on about it this time except to share how this most recent visit went. And to share some pictures: 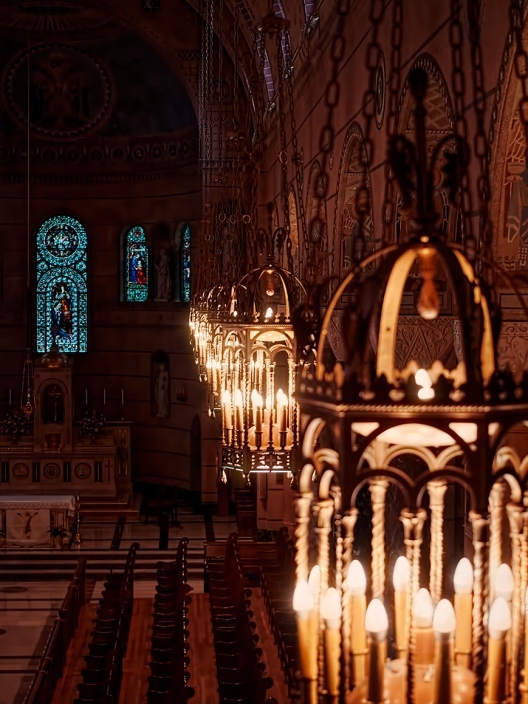 I brought along my Canon SL1 and my Sony camcorder for the hell of it – I didn’t use either one much, because I’ve taken so many photos of the place over the years I hardly needed more. However, I did spend time taking a lot of photos of the interior of the chapel, rather than just the usual quick pics I’ve done in the past. I asked my advisor if it was actually OK to go in and take a ton of pics, and she said it was – she also told me where I could find the light switches to turn all the lights on in there, since they are normally left off unless there’s an event happening. I was still too timid to turn them on myself, but I when I went in there to take photos someone was cleaning it, and they turned the lights on for me when they saw I was taking pictures, which was nice. I’d already taken a ton of photos before they turned the lights on, which also turned out to be great because taking photos of the chapel in low light turned out some nice results too – just very different ones from the photos taken with the lights on. 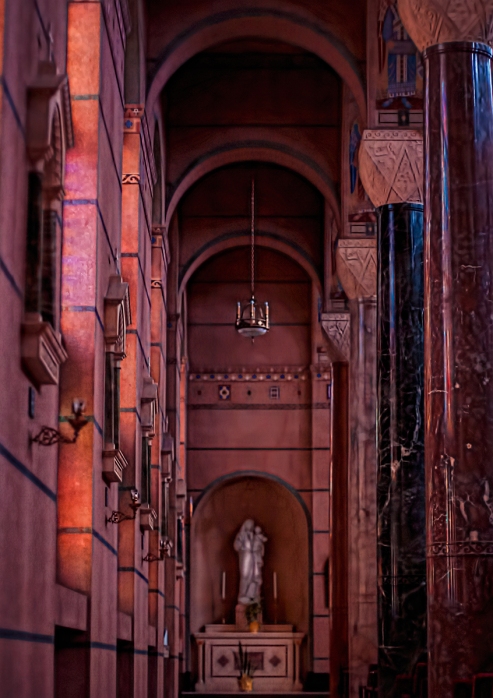 I went to Ruah this time with a specific purpose, which was to re-focus on my tutoring job and decide whether or not to continue pursuing it or if I should just get a full-time teaching or counseling job in the public school system again. This whole past year, I was basically tutoring because it wasn’t a lot of work and it provided me a lot of time off, which was what I wanted. But lately that’s been feeling unsatisfactory. First of all, whether I like it or not I am getting more clients, and the more kids I get the more work I need to do to stay on top of all their different needs. This is something I wasn’t doing a good job of before going to Ruah, and I knew if I was going to keep tutoring I needed to really commit to it and start taking it seriously. What I decided in my time there was that yes, I do want to keep working for myself as a tutor, and that it was time for me to start putting in the work hours required to do the job properly. Once I realized that I was really on board with this whole thing, and really did want tutoring to be my ‘real job,’ I was able to come back home and attack it with the energy it needs, which has been nice. 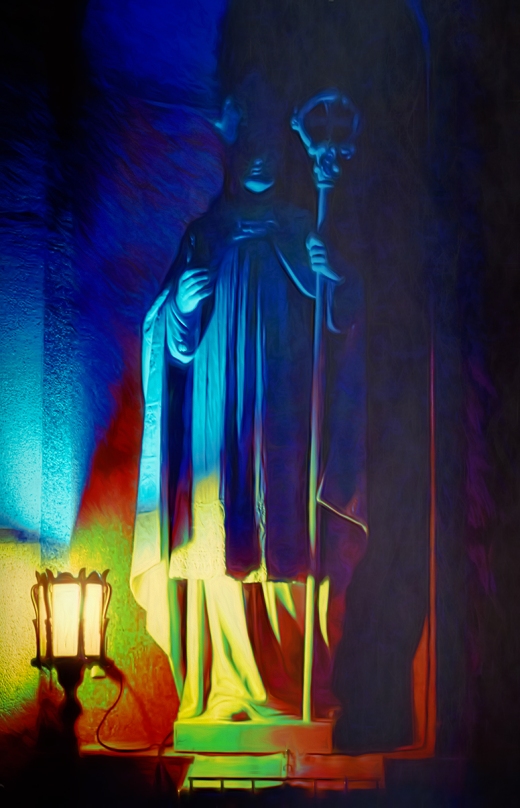 One of my low-light creations

I also wanted to dedicate myself once again to eating properly and being more healthy. As a result, I signed up for both yoga classes and a workout/bootcamp class. I need the yoga to stay flexible, and am not interested in anything super-challenging, but the boot camp I really need to get myself back into shape. I am taking the classes with a woman who’s been my trainer off and on for well over 10 years now, so it was nice to see her again and catch up. And as an added bonus, the yoga teacher at the class I attended last week was a former teacher at one of the public schools where I used to work, so I got to catch with her as well. 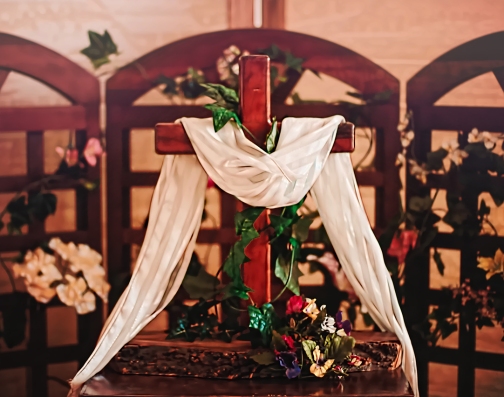 I really hit the ground running the week I returned; summer tutoring is a lot different from the work I do during the school year, because my students are all off for the summer (with one exception, a student who is voluntarily taking English III during the summer to free up his schedule in the fall) and therefore do not have class work for me to help them with when I tutor them. So, I am having to create lessons for everybody, and when you tutor seven different kids in seven different grades attending seven different schools, it’s kind of like being a classroom teacher and having seven different classes to prep for. Except I am only planning for one hour a week. But still, as I take on more of a workload, the more planning I need to do, and I admit I’m still getting used to doing what almost feels like a full-time job again. 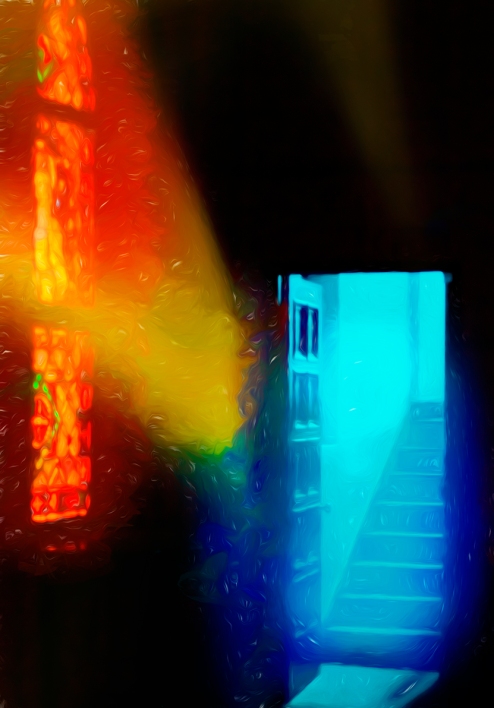 My little fifth-grade student, however, failed her state exam again, and after working with me since February and failing the test twice, I told the mom I felt it was time for her to work with a different tutor, since clearly I was not helping her. I found her a reading specialist, and now that girl is working with her to get her caught up. The lesson I needed to learn there was to be much more cognizant of how my students are faring during our sessions, and speak up if I feel I’m not much help rather than sucking it up and trying to keep improving things. I don’t like to admit defeat, and it feels terrible to have to say to someone, sorry, but I don’t think I can help your child, but to not say it is worse in the end. I didn’t intentionally hang onto her too long, I just didn’t know any better than to keep trying, but still, I should have bowed out sooner than I did. Lesson learned. 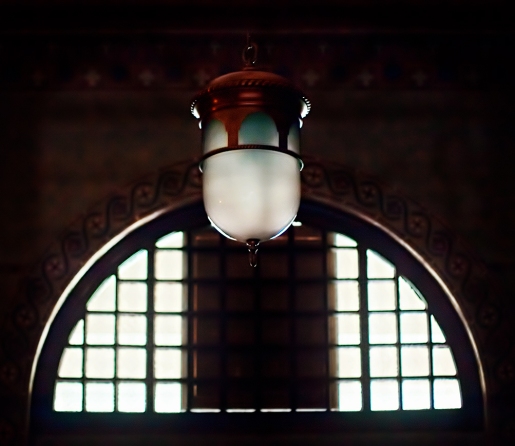 For a lot of time while I was at Ruah, I felt restless and unfocused, so in the end it’s surprising I got as much out of the visit as I did. There were plenty of distractions – the constant political news on Twitter, the knowledge of how much work I had to do after I left, and concern over another student who didn’t end the school year on a good note, just to name a few. And on top of that, my room this time was one of those  really creaky old rooms that makes a lot of noise, which kept my up my first night there; every time I was about to fall asleep a window would pop or a board would creak and I’d be awake again; after the first night I was used to it, but a creaky room in a 150-year-old building can be pretty freaky at 3 AM when one isn’t prepared for that. And I wasn’t, because usually I sleep like a baby when I’m there.  But by the time I left, I really did feel like I’d gotten past whatever barrier was holding me back from committing to my  new job, so Ruah worked it’s magic on me once again.

I did try to take some video of the center while I was there, and one thing is for sure: I am not a videographer. Still, I tried  to capture a bit of the sights and sounds of the center, so I’ll leave it to you to decide if I accomplished that or not.

So anyway, I’m back home now, and busier than ever, which I think is a good thing, even though it’s freaking me out a bit for life to be a little hectic when it hasn’t been for so long. But I was stressed enough when I was worrying all the time that I’d never be  busy again, so I’ll take it.