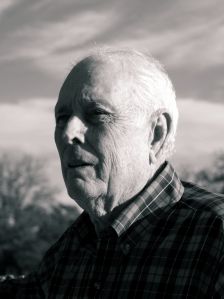 when i imagine you
leaving this world
i envision the axis of the earth
tilting off-kilter
just a bit, the seasons
altering to fit
into the soundless void
you leave behind

one single impression
a river of stones

The Ning community This Life Lived is dedicated through weekly practice assignments to heightening awareness and attention. In searching for poems to fit both This Life Lived and mareymercy’s current topic of attention, I came across this one from my manuscript:

According to reports, vast areas of the Golden State
are sinking, grating against another age, worrying a world
already weary with fault and fracture.

Once on a day’s hike off Skyline Boulevard I felt it
happening, when I ventured past the designated trail
onto unprotected acres, and a snake confronted me

from a deep ridge in the high weeds, rattling
like a rusty cog choking into motion. For a moment
I was so still I disappeared, willed into nonexistence.

It was not unpleasant, or unfamiliar, as if our meeting
were prearranged, its conclusion already known,
and although I believed I would be set free, something within

began unsettling, as if parts of me would never reappear,
small certainties returned to earth like scattered stones –
just like California, shifting back into the sea, one

sacrifice at a time, each release a small restructuring,
simple as a shell’s ear, dissolving into all our fatal histories,
our gentle rumbling towards destruction.