We had another unexpected day off Tuesday – an ice storm blew through the city early in the morning, and although the temps didn’t get low enough in our area to ice up the roads, it did knock out power at the school, so the administration decided to cancel. I was already up and halfway ready to go when I got the call, so I decided I’d try out the makeup my friends want me to do for their shoot and see if I could pull it off, and I figured if I was going to go that far I might as well take some pictures. 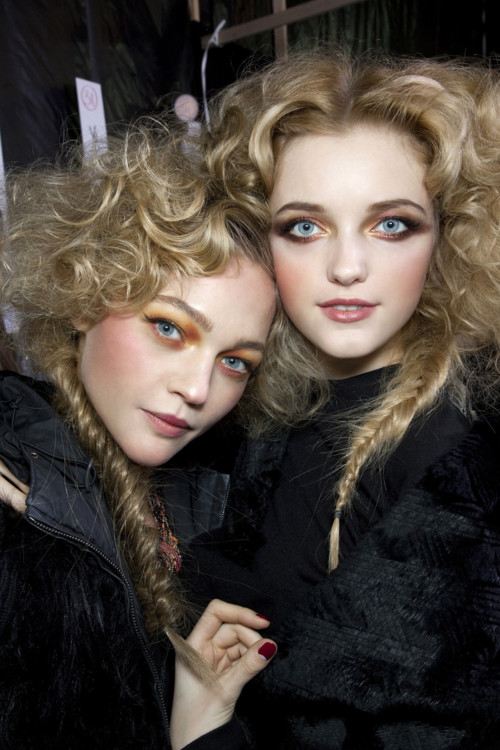 This is the look my friends/models want for their shoot

I don’t know what magic fairy dust was sprinkled over me on this occasion, but I must have done everything just right without realizing it, because the makeup and the portraits I shot came out amazing. I’m not saying that because they’re portraits of me, of course, but because the makeup really popped on camera, the lighting was dead-on, and to be honest, there just wasn’t a bad shot in the bunch. Well, of the portraits anyway.And although I didn’t pull off the exact look of the makeup in the photo above, I got the idea down. 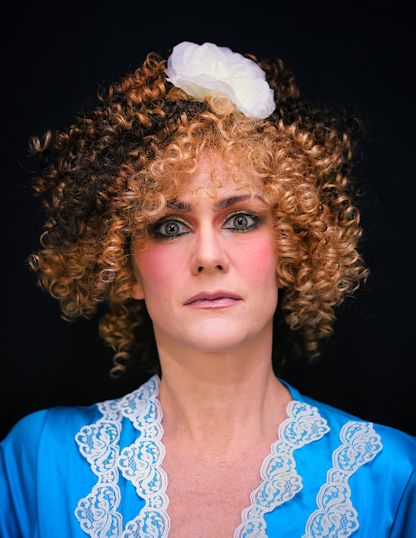 A few things I did different with the makeup that helped me out here: the last time I was at the MAC counter stocking up, the salesperson gave me samples of a new color-correcting BB cream they’d just introduced. I hadn’t tried it yet, but decided on this day to slap some on underneath my foundation – I have the yellow tint to cut the red in my skin. I have other color correctors on-hand that I normally use (just for photos; I find it’s too much under my daily makeup because my skin is  dry and can’t handle too many layers of stuff without looking cakey and accentuating my pores) but I think this one worked better to create a nice neutral base to my skin. Or maybe it had nothing to do with it and I just lucked out with the lighting, but my makeup was really on point here. Another thing I learned is I can use MAC’s Studio Fix powder foundation on my neck and decollete and it works quite well to cover up my sun damage and hyper-pigmentation. Again, I wouldn’t do this for day-to-day because I’d end up with makeup all over my clothes, but it worked incredibly well for photos, which is when the sun damage shows up the most anyway – I’m really happy with how much of my discoloration the powder foundation was able to conceal. I also think working against the black background helps the studio lighting pop better, because the light is being absorbed behind me rather than bounced back at the camera. It makes for crisper photos overall. 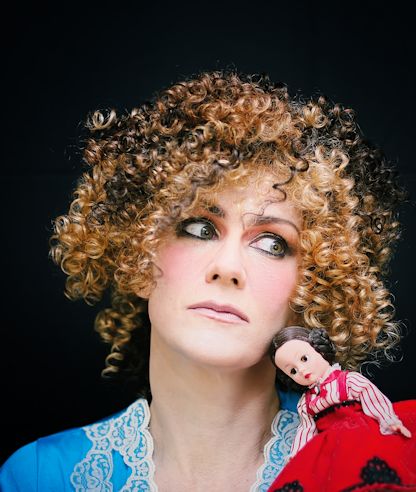 I had loads of Madame Alexander dolls when I was a kid.

I have a lot more portraits I’d like to edit, but I had other things to do and didn’t want to spend all day at the computer processing shots, so I’ll have to share those later. For example, I realized late in the afternoon that I needed to go vote, so I grabbed Doug and we headed out to our local elementary school, getting there right as class let out for the day and fighting through traffic the whole way as a result. We were both so flustered when we got inside, that we rather forgot we were there to vote in the primaries, and pitched a bit of a fit with the poll worker for asking us if we were Republican or Democrat before we remembered why we were there. I’m sure we appeared just super intelligent, not to mention being the only Democrats they’d probably encountered all day. Anyway, go Wendy Davis.

Back to shooting. I was less successful with my experimental shots, but that makes sense since they’re, you know, experiments. I had a vision of shooting myself standing up with my hands over my face, looking windblown, and then having several images of myself dancing about behind me, all blurry and ghost-like. The shot of me standing still was easy enough, and then I slowed the shutter speed way down so I could dance around and get some blurry movement pictures with the idea that I would create a composite shot to put them all together, but the end result didn’t quite work:

It’s not bad, but I didn’t take any blurry shots that were posed in a manner where I could place them fully off to my left, like I managed to get one placed to my right, so it’s not symmetrical. Everything was positioned with me leaning out to the left in such a manner that to get the image placed fully to that side, my arms and/or legs would have been completely cut out of the frame (side note: in almost all my movement shots, I lean my body to the left and almost never the right. I don’t know why). I’m not sure I’m even articulating this well, but suffice it to say that I had to stick the second blurry image almost directly behind me instead of having it be off to my side as I envisioned. Also, I was using the camera in portrait mode, and using landscape would have given me much more room to fit the blurry images in, but I didn’t think of that at the time.

I also thought I’d try some levitation/composite shots, so I got a trusty kitchen chair, threw a black fleece blanket over it, and went to work.

I bought the blue gown off eBay for twelve bucks, by the way. I thought it was an usual color for this type of nightgown, since they’re normally more pastel, and I liked how the white lace contrasted with the bright color.

I played around with a feature in Paint Shop Pro called ‘drop shadow’ that required  me to select just what I wanted to have a shadow in the photo (in this case, my body) and then it created the drop shadow on a separate layer. I then messed a bit with different settings and opacity levels for it to try and make it more convincing, but quite honestly I didn’t spend too terribly long doing this. I was a little tired of editing at this point, and I’m discovering that all this photoediting of composite shots and leviation poses and adding shadows and stitching different photos together blah blah blah kinda bores me. Probably because I don’t really know how to do it all that well, so I get frustrated and bored with it pretty quickly. So, I think the shadow here could have been better – softer, probably – but it isn’t bad. So there it is.

More from this set later. I know I won’t have another day off tomorrow, because true to Texas, although it was 31 degrees here last night, it’ll be back up to 70 by tomorrow – so it’s time for me to wrap it up and get to bed. Crazy weather! More later!

5 thoughts on “Ice as Nice”